Hello, how are you? Nice to see you again.

The pilot deferred our passage to Portishead from Tuesday to Wednesday because the tall ships were due to go out on Tuesday. It worked out better for us anyway as the weather was much better on Wednesday and we got to share the lock with The Mathew, the tall ship that moors in Bristol.

We followed them into Sharpness Docks 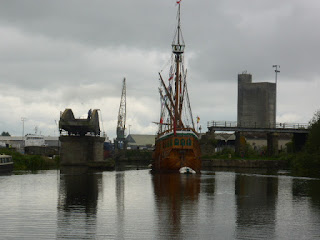 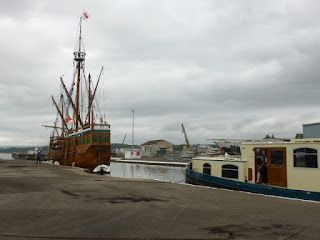 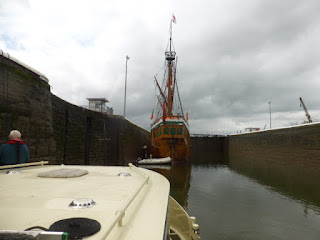 and then followed them out into the estuary 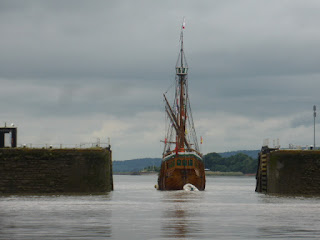 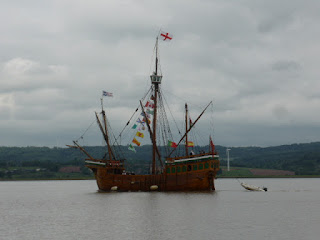 We soon left them behind though. This was the view through the back bedroom window. 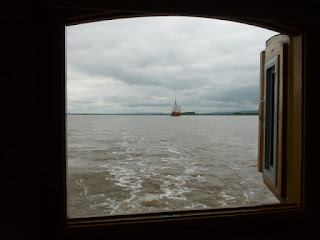 This is Rick, our pilot for the voyage. 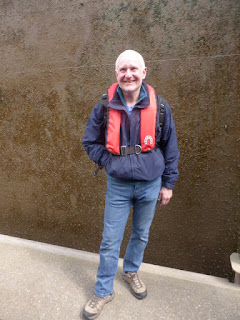 He was great and let Roger drive 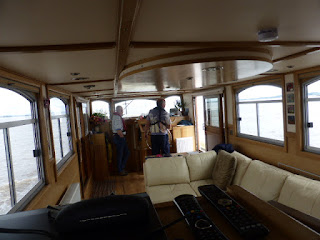 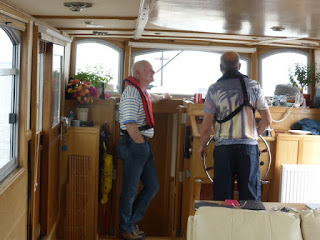 Chico wondered what all the fuss was about and curled up on his bed and slept for most of the way. We fasten him on whenever the side doors are open or when we're in locks but he's so lazy he probably wouldn't go walk-about anyway. 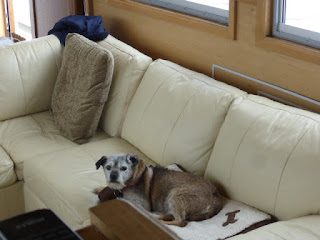 It was flat calm going under the Severn bridges 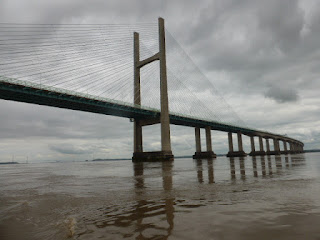 and 3 hours later we were at Portishead 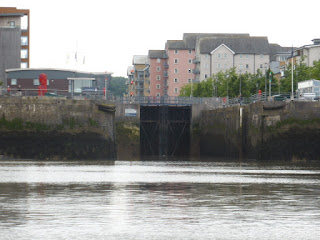 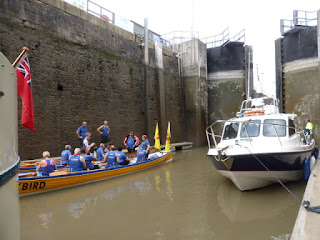 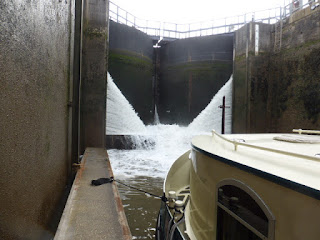 which almost swamped the rowing boats 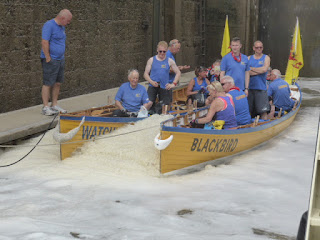 When you get into Portishead Marina you could be forgiven for thinking that you were somewhere in the Med. The boats are big and expensive and the mooring fees certainly reflect that. £42 for one night!!! 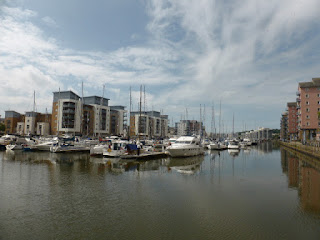 This morning we completed the final stage of our journey starting off by sharing a very packed lock with several fishing boats. 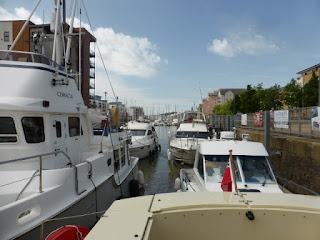 This is the third time we've cruised through the Avon Gorge but the site of the Clifton Suspension Bridge is still pretty awesome, don't you think?

You can see all our solar panels on the roof. They're working really well and the big solar collector in the centre is the one that heats our water. It's working so well that I think we need to fit a temperature restrictor on the hot water taps before one of us gets scalded. 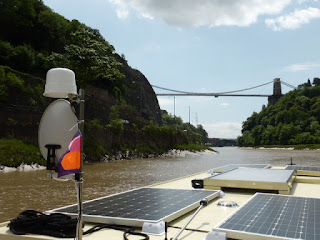 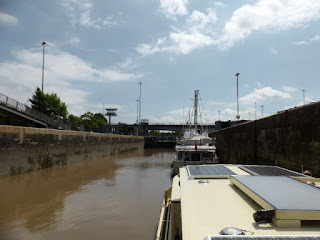 where we were welcomed by three of the lock staff. The guy on the left actually remembered us from when we were moored here last year. 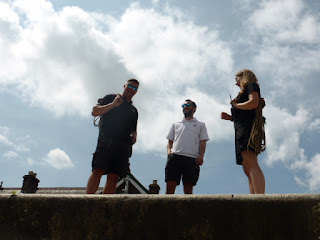 Once we got through the lock and into the harbour guess who we met? The Mathew was full of excited children going for a ride and being entertained by a couple of "Captain Jack" look-alikes. 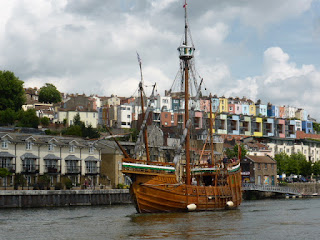 We've got a good mooring and will stay here until Monday morning when Bluey will be lifted out onto a big wagon and transported to Belgium to start our new life. 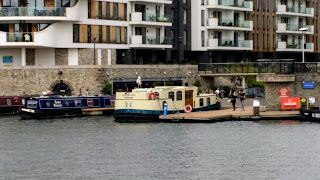 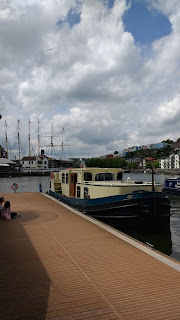 So that's the end of our UK travels. Thank you for following us over the past 8 years and I hope you'll come with us over to Europe and join us in our new adventures.

You'll be able to find my new blog HERE

I'll start posting as soon as we get our European internet up and running so please bear with me until then.

Have a safe journey over seeing. Can't wait to her about you new adventures abroad. Love Adele

Hi Yvonne and Roger, we are still following with interest your life on the water! So excited for you both and Chico starting your new adventure. Looking forward to reading and seeing what you are getting up to on 'Out of the Blue'. We send you our very best wishes and
a safe journey. 'BON VOYAGE' Bill, Lynn & Tilly Gater, Chester.

Love your boat and have enjoyed your transition from NB to fat boat!

We are a modest fat beam and may one day follow the path to Europe, if we ever shake off the bonds of work / business.

All the best for your future travels and we look forward to seeing your blog on the 'flip side'.

wow - 8 years, that went fast. Have a safe journey and I look forward to hearing from you again on the other side x