We've had a very busy week, although we haven't traveled very far, spending last weekend in Hopwas where our son and his partner came to visit bringing our 7 week old grandson for his first time on the boat. 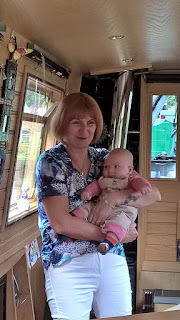 Our next stop worthy of a mention is Alrewas. I LOVE this village with its chocolate box thatched cottages, superb butchers and the George & Dragon pub which must be our absolute favourite on the whole system. Sadly it's changed hands since our last visit as landlady Ruth lost her battle with cancer last year. She was a lovely woman and sadly missed, but the pub is carrying on exactly as she ran it and the food is still amazing and such good value at £6 for 2 courses. Portions are large and the veggies are fresh and seasonal. What more could you want?   Oh and the beer's pretty good too. 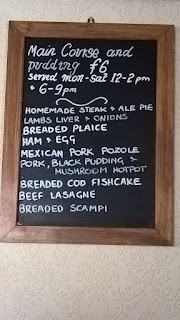 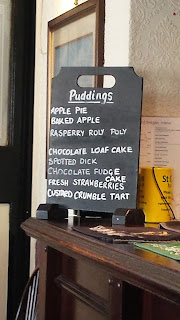 Despite the other attractions, the main reason for us staying in Alrewas is that it's the perfect place to pick up a hire car. Enterprise at Lichfield sorted us out with a nice little car on Wednesday so that we could pop back to Manchester yesterday for another of my hospital check-ups (all's well) and to visit my mother. She's waiting for a knee replacement early next month and I'll go and stay to help with her recovery but as she doesn't have internet I may be offline for a while. In the meantime, we're probably going to pay one last visit to the George today and head off back towards Fradley tomorrow.

If you're in Alrewas this morning (Friday) there's a coffee and cake sale in the pub between 9.30 -11.30 in aid of Macmillan Cancer

Bye for now
Posted by Yvonne at 09:29 No comments:

Well it's definitely Autumn here on the boat. The days have been gloriously sunny but the nights are now quite chilly. I've put the secondary double glazing back up for the winter as I got fed up having to wipe up the condensation in the morning. As usual it's made a huge difference and we no longer have misted windows or puddles on the cills. It's still not quite time to light the fire, although Roger's swept the chimney and I've polished the stove ready. I'm determined I'm NOT lighting it until October and in the meantime we're using the Eberspacher central heating for an hour in the mornings and an occasional hour in the evening and so far that's been enough.

Other signs of Autumn have been this beautiful day-flying Garden Tiger Moth that found it's way inside the other day. It was huge, with a wing span of almost 3 inches. Roger caught it and let it go outside. 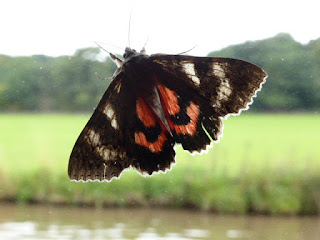 We've also seen lots of Ink Cap mushrooms on the towpaths. According to Wikipedia they're edible as long as you eat them as soon as they're picked but I think we'll give them a miss. 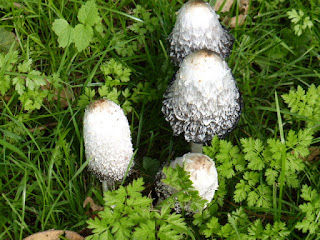 This morning was quite foggy early on and the solar panels and flowers on the roof looked like they'd been decorated by the fairies. It never ceases to amaze me how clever spiders are and there were some magnificent webs draped with dew. 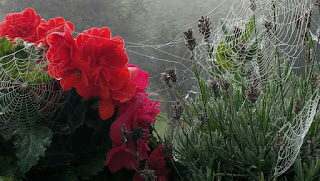 Bye for now
Posted by Yvonne at 18:26 No comments:

Back on the canal

We've left the Thames behind for this year and are now back on the Oxford Canal.

You may remember back in June last year we had a bit of an incident at Lock 28 when the bow stem post got stuck in the damaged Babby plate as we were going up. 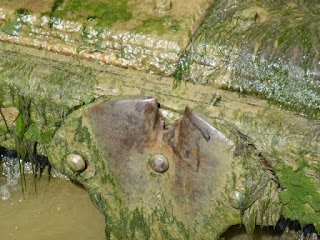 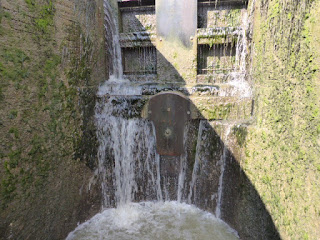 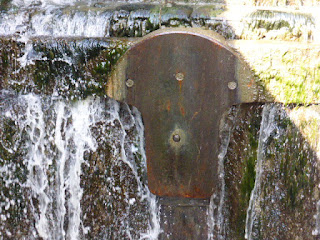 CRT will be needing to do a bit of a repair at Elkingtons Lock this winter as the lock beam has started to disintegrate as the wood is so rotten. 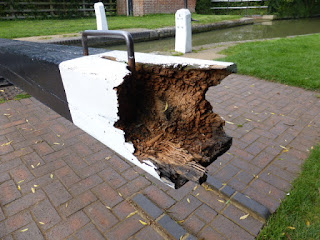 The same lock also had a stall selling fruit and veg. The plums were delicious and I also bought courgettes and some tiny pumpkins which I'll stuff and roast for dinner one night next week. 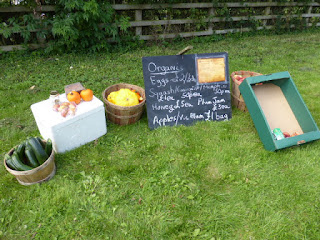 I suppose this is one way to avoid paying mooring charges? I wonder if the boat was craned in or did they sail it in and then fill in behind 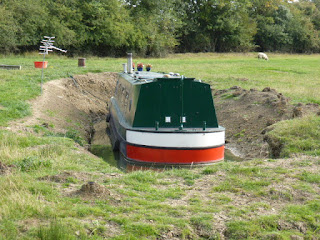 The canal's been extremely busy this past week and there are LOTS of hire boats about. I suppose it's because the prices have dropped a bit now that the school holidays have finished.

We've come down the Napton Flight and as usual the buffalo herd was in the fields beside the locks. 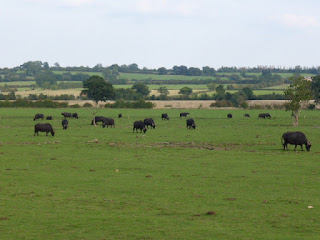 They really are splendid looking beasts. If you're interested, you can buy buffalo burgers and ice-cream from the shop beside the Folly Pub at the bottom lock. 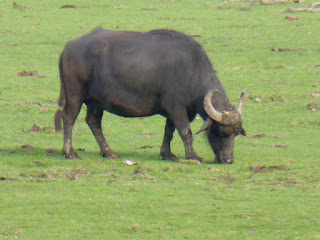 We're now moored in Wigram's Turn Marina for the night as we've come to visit our friends John and Joan on n.b. Tagine Queen.

Well the sunny weather's certainly disappeared round here, hopefully it'll perk up a bit and we'll have an Indian Summer. We haven't needed the heating on yet but if it carries on like this I think we'll be buying coal early this year.

We're now moored in Oxford and have just got back from having a rather poor lunch in Marco Pierre White's restaurant in town. I was very surprised when we went into town to see how many shops have shut down. Oxford used to have lots of lovely little independent boutiques and shoe shops but most of these seem to have disappeared and there are lots of empty properties with To Let signs on them. Even the huge Primark store had very few people buying anything.......and that must surely be a sign of the times when even they are struggling.

When we came through Henley I noticed that a lot of the moored boats were covered in tarpaulins and this didn't just seem to be in an attempt to keep them dry.  The we came across these 2 boats moored next to each other and the problem became clear. 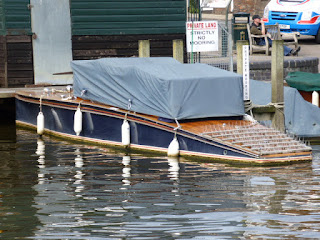 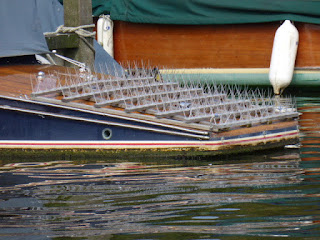 and this is the reason why.  They're really having big problems with the Canada geese pooping over the moored boats. 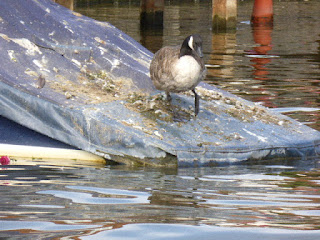 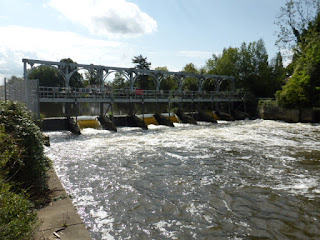 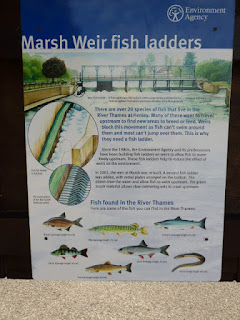 It's nice to read that there are now over 20 species of fish in the river, unfortunately Roger hasn't managed to catch any for a while. I can feel a trip to an angling shop for some new bait coming on.

Bye for now
Posted by Yvonne at 17:49 No comments: