We're still here at Portland Basin Marina and today we moved into the dry dock. Normally we share the work blacking the boat between us by taking a side each, but this time Roger will be doing all the work. We'll be in the dock for two weeks so there's no rush and the work will fit in around my hospital visits.

This is the dock, it's covered and enclosed on two sides. 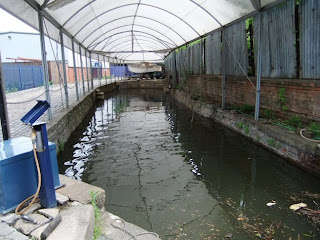 We were pulled in backwards by hand as using the engine to reverse in would have dragged in a load of mud and rubbish which ends up on the floor of the dock. This way very little flotsam found its way into the dock. 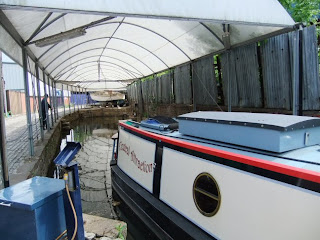 Once we were in position over the trestles the gravity drain was opened and the water emptied out in about 15 minutes. 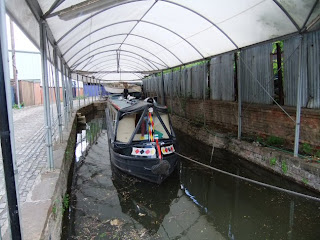 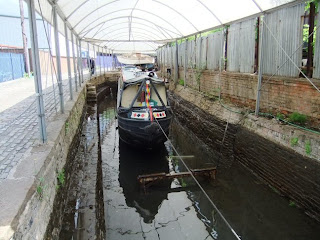 While the final dregs of water were draining out, Roger started using the high pressure power washer to blast  all the loose blacking and other crap off the hull. 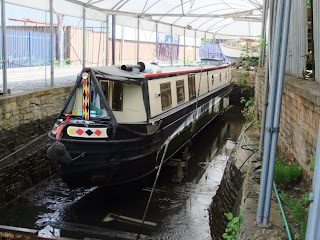 It's so long since we did any cruising that we had an underwater garden growing on the hull. 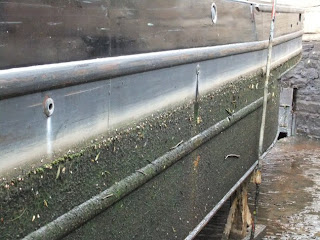 The power washer quickly got rid of any weed and loose blacking and we were pleased to see that there is very little pitting in the steel plate. 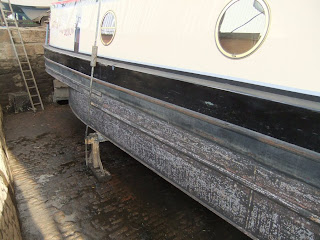 Health and Safety is a big thing here at Portland Basin Marina and our walkway is extremely sturdy. Ever since we got stuck in the floods last year Chico's been very wary of walking down planks but he was quite happy walking on this. In fact he liked it so much I had to put the gate up to stop him wandering off to find Roger. 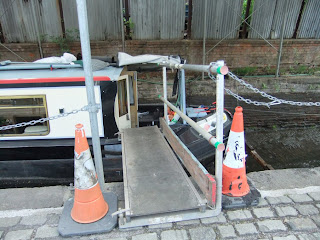 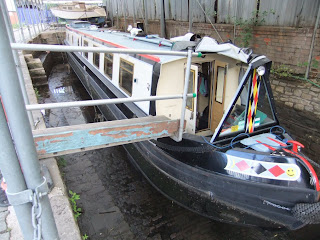 The planters have been taken off the roof so it can be painted and in the meantime we've lined them up alongside the dock. The tomatoes are growing well and have lots of flowers on them. Providing the slugs don't get to them while they're on the floor we should have a good crop this year. That's one major benefit of having a roof garden; the only pests we have problems with are caterpillars. 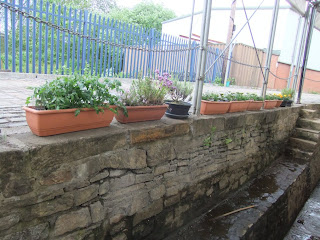 Portland Basin Museum is only a few hundred yards from where we're currently moored and today they had an exhibition of vintage cars. 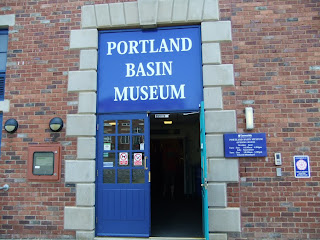 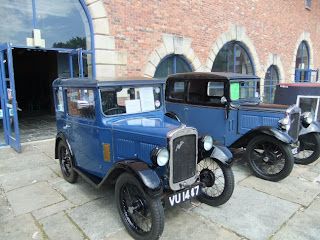 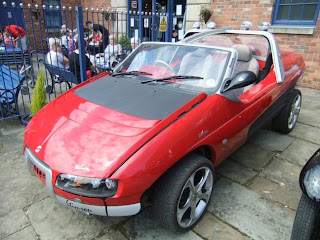 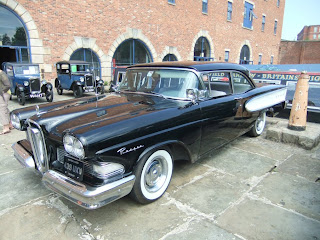 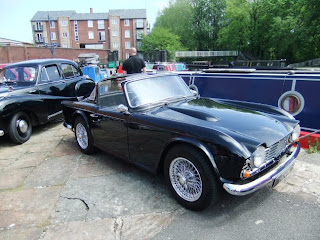 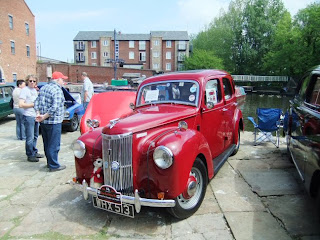 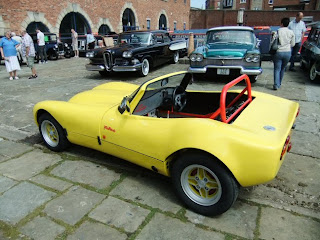 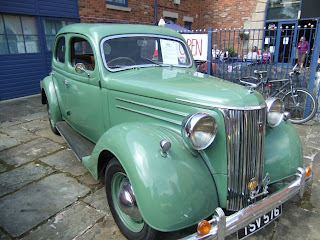