Hi, nice to see you again.
There won't be any blogs for a while as we're going on holiday. I'll tell you all about it when we get back.
See you later X
Posted by Yvonne at 22:00 No comments:

A New Pub in Stone

Do you like real ale?  If so you may be interested to learn that there's a new pub in Stone with ales to rival the Royal Exchange and the Swan Inn.

Roger was outside doing a bit of painting this afternoon when a man with a dog stopped to chat to him. The conversation turned to pubs and beer and the man asked if he knew about The Borehole, the new micro pub owned by Lymestone Brewery that had just opened. He gave quite detailed directions and as soon as Roger was ready we went to check it out.

It's easy to find from our mooring. You cross over Lock 30 and walk up the alley to the railway 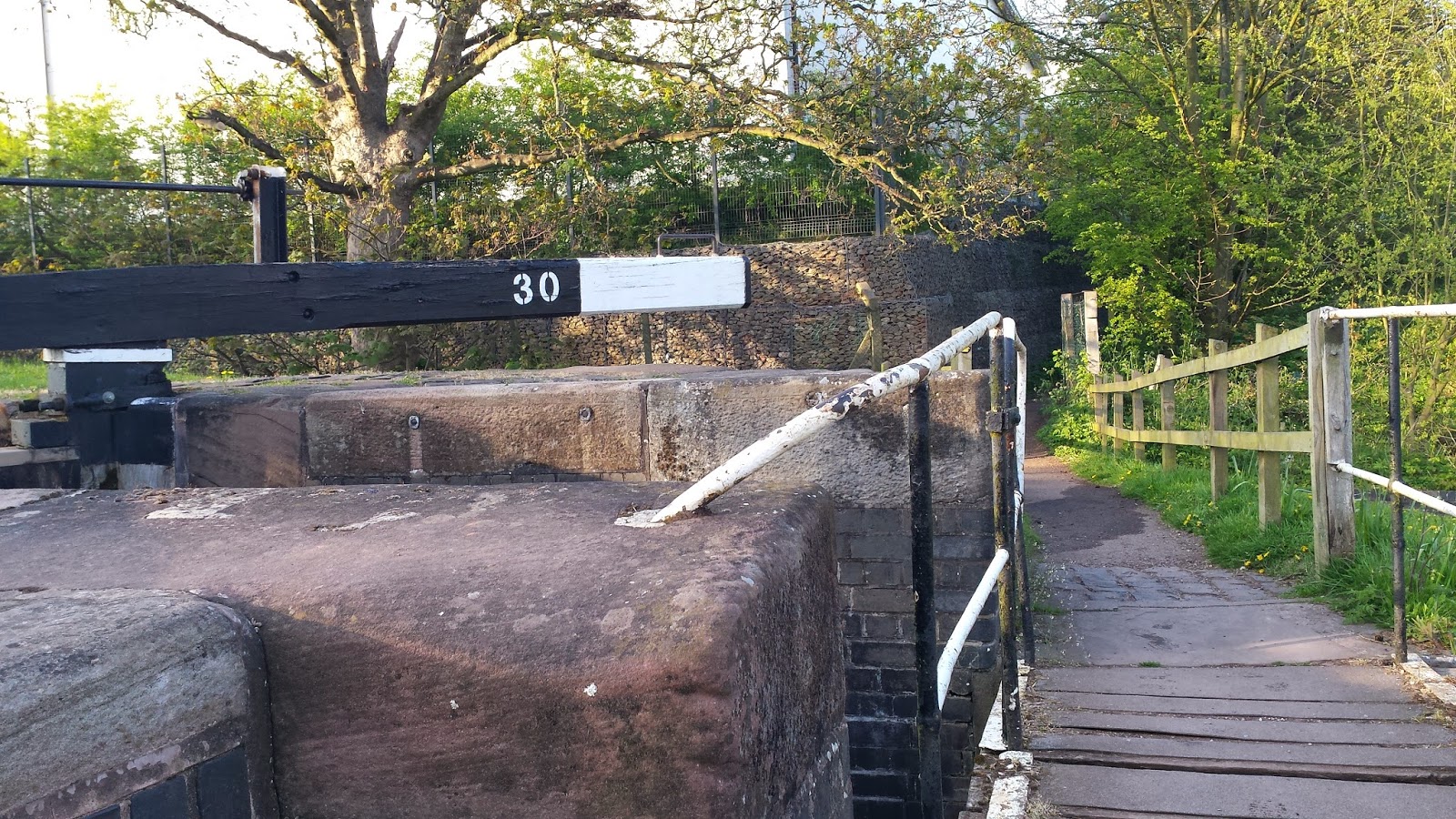 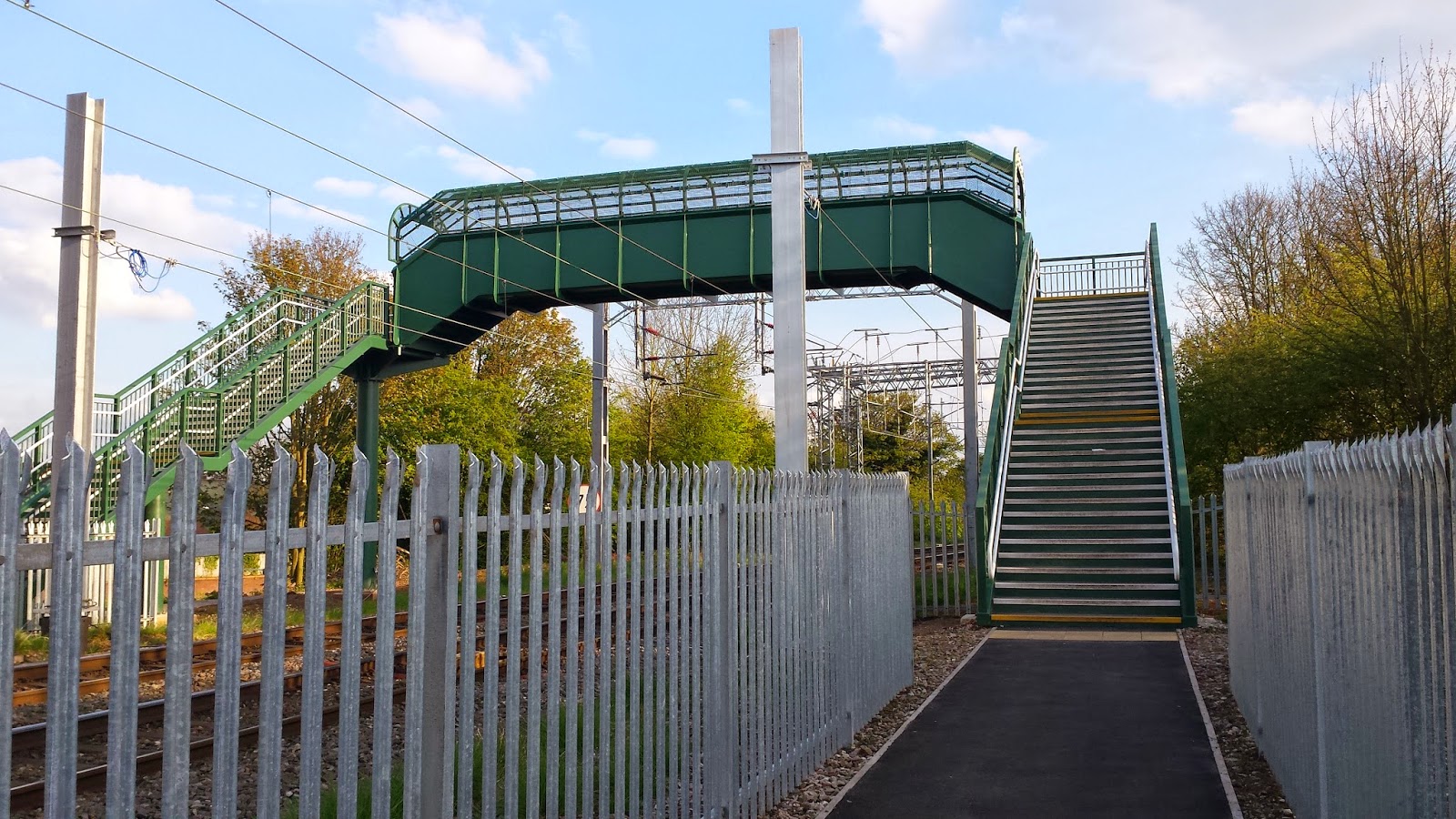 Once you've crossed the bridge you walk to the station, turn right and cross the next set of tracks and arrive at the tyre depot which was closed by the time we got there. I was a bit dubious about walking through the yard as I had visions of big guard dogs so I sent Roger first, but it's a public footpath and there's a stile hidden at the side of the gates. 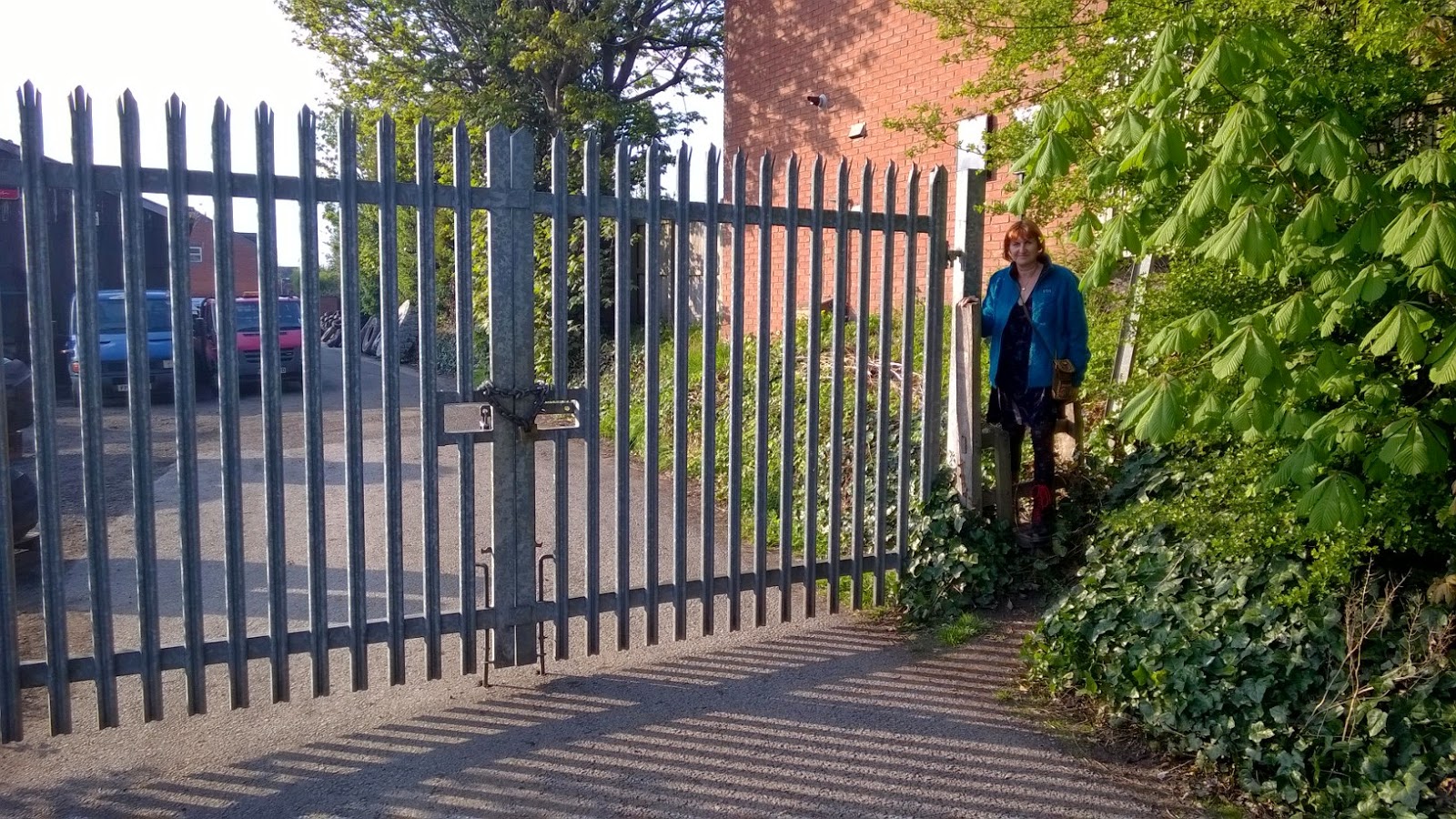 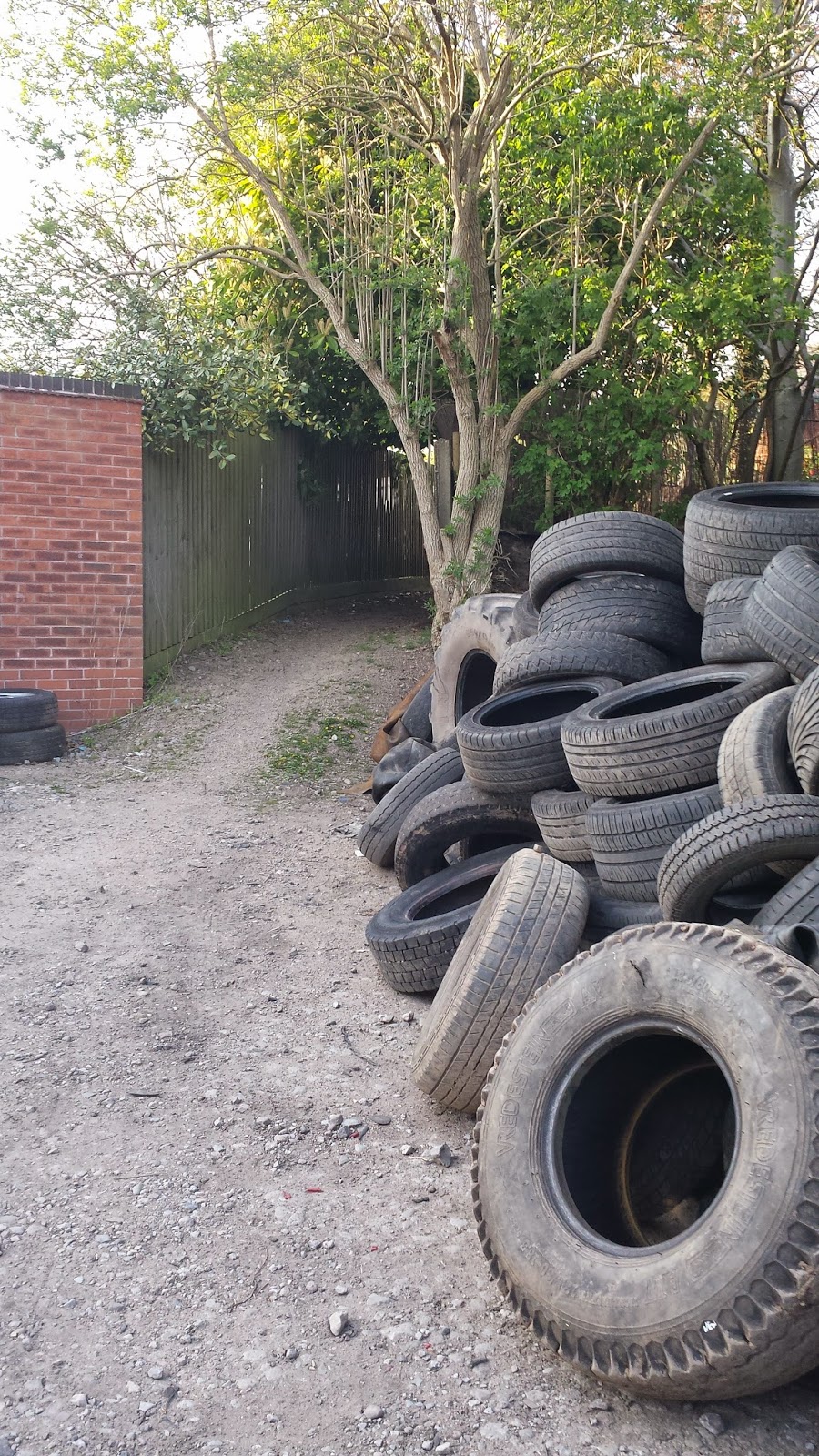 You can see the pub from the top of the alley, although it doesn't really look like a pub and in a previous incarnation it was the National Rivers Authority offices 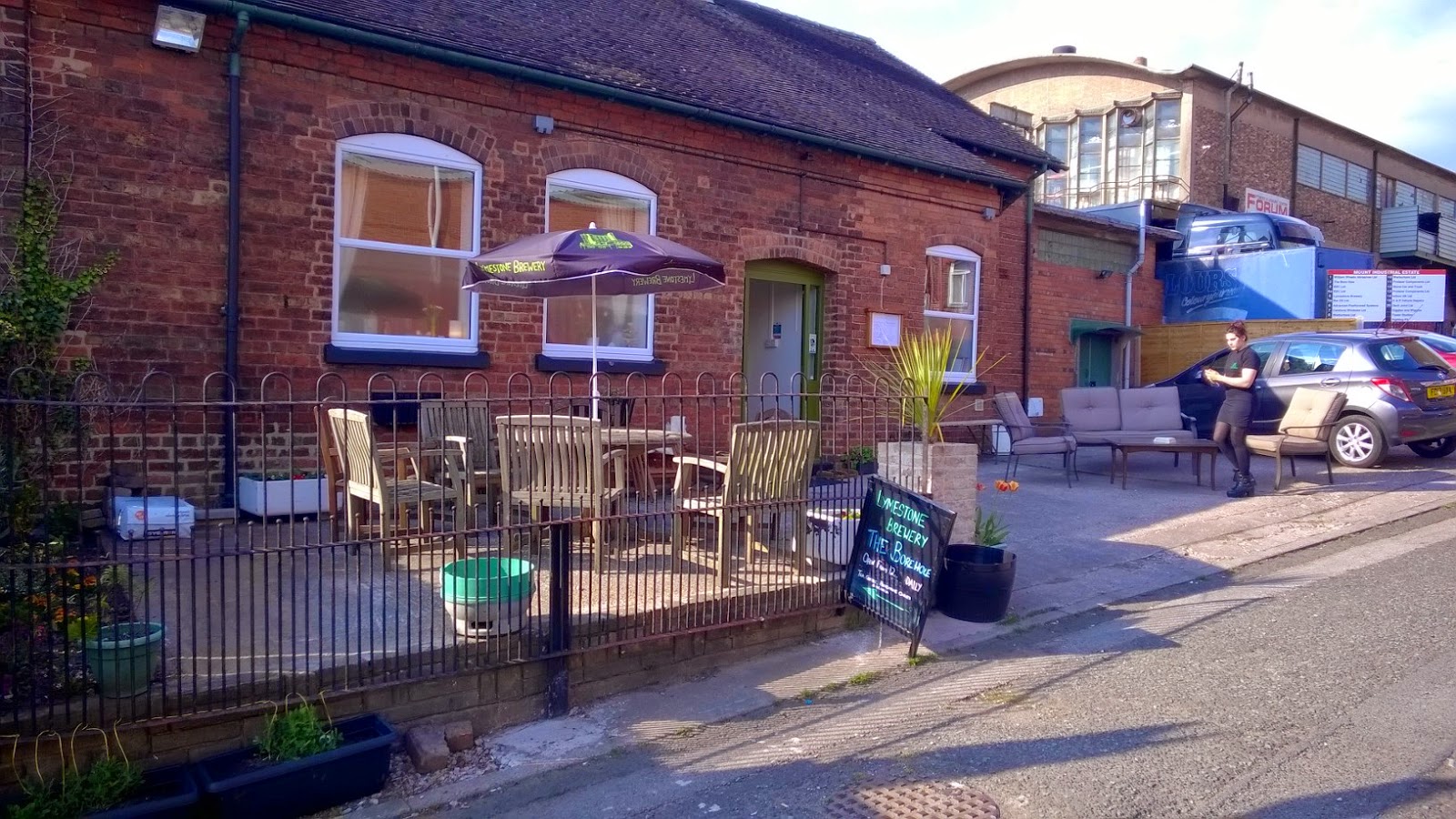 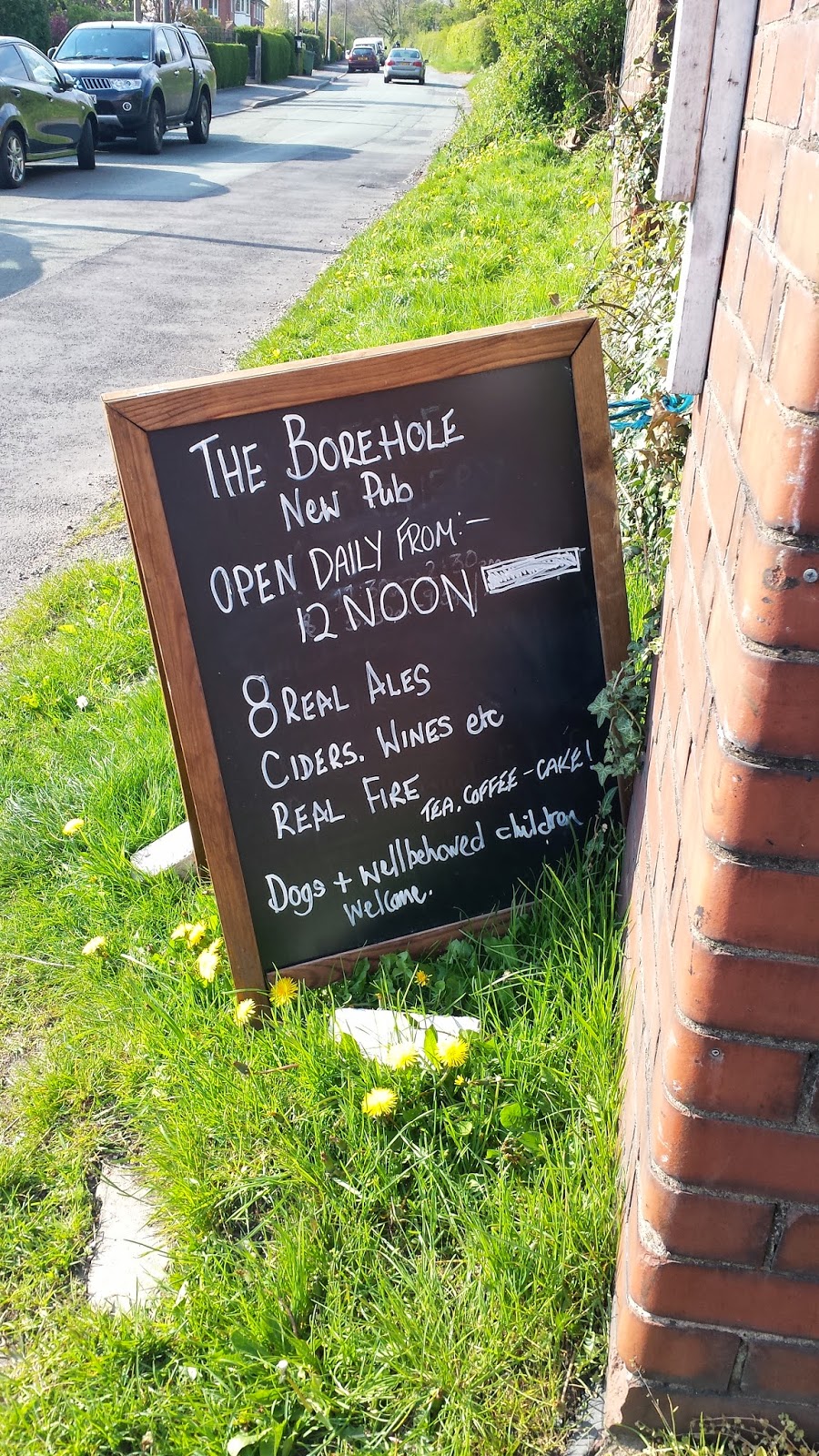 It's quite a small place but was very busy and very friendly, with 8 ales brewed locally by Lymestone Brewery in addition to several local and international lagers. They don't serve meals but sandwiches are available at lunchtime and there's a wide assortment of nuts sold by weight rather than pre-packed. If you're that way inclined you can also get pickled gherkins and home-made pork scratchings.

The beer was really good and it's now going to be a favourite place for us. It's a lot closer than The Swan Inn in town too.