Its Blowing a Hooley!

We were going to move today but the weather has taken a decided turn for the worse and it's wet and VERY windy so we've stayed put. There have been a few boats going past, including MAFFI, and the steerers haven't looked happy at all.

I've recently updated my winter footwear and have invested in two new pairs of boots.  The first is my "bargain" pair of waterproof, thermal boots that I bought on-line from Regatta Outlet. If you're interested the link is HERE. I like the Regatta Outlet as you can get some real bargains on boots, fleeces and waterproofs. 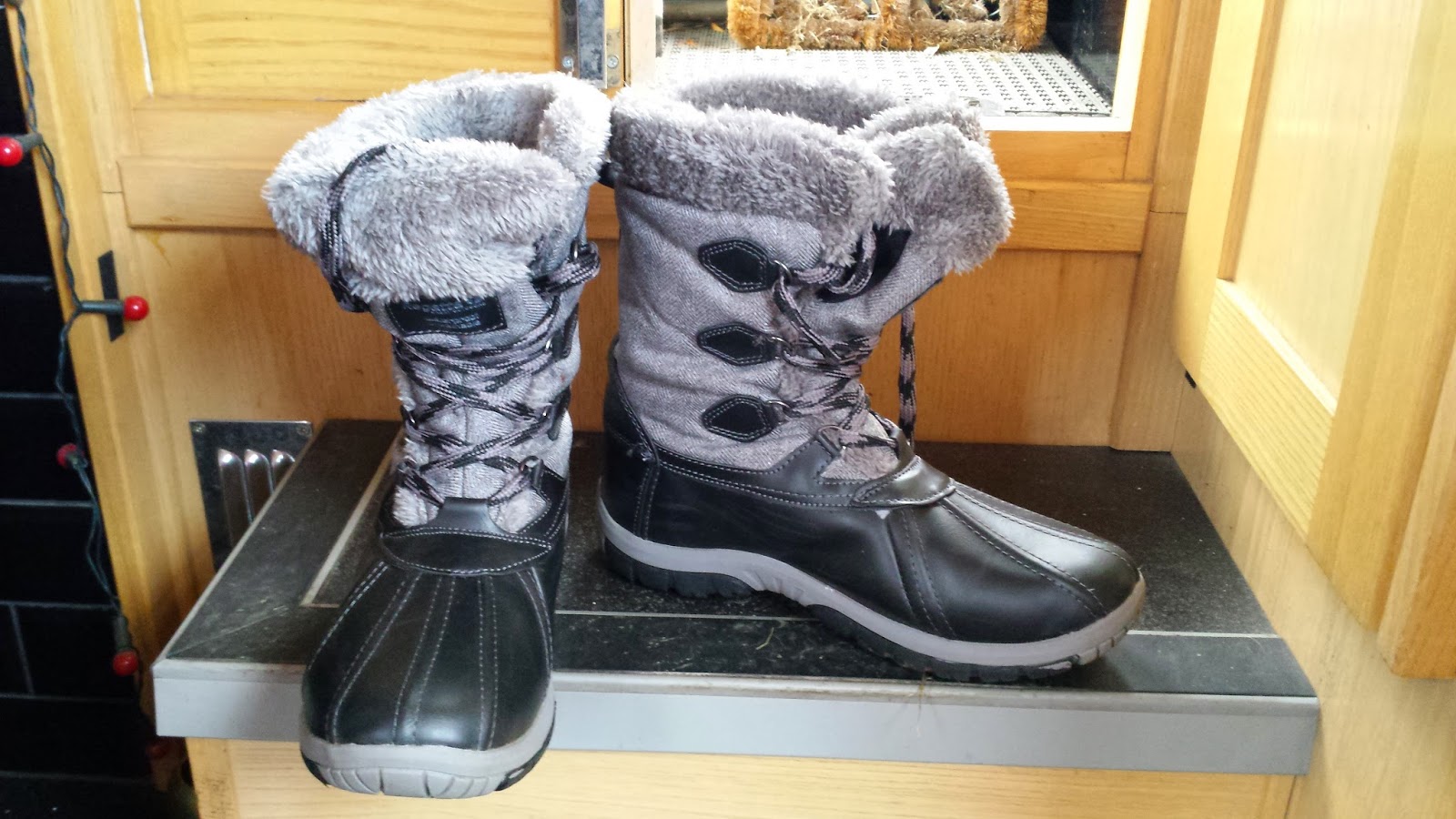 At only £24 including delivery they're comfy, waterproof and very warm but despite having good soles they are a bit slippy.

The other pair that I bought are something I've lusted after ever since I saw them a few years ago. As I've fallen & slipped a few times recently I finally used that as an excuse to indulge myself in these Doc Martens. 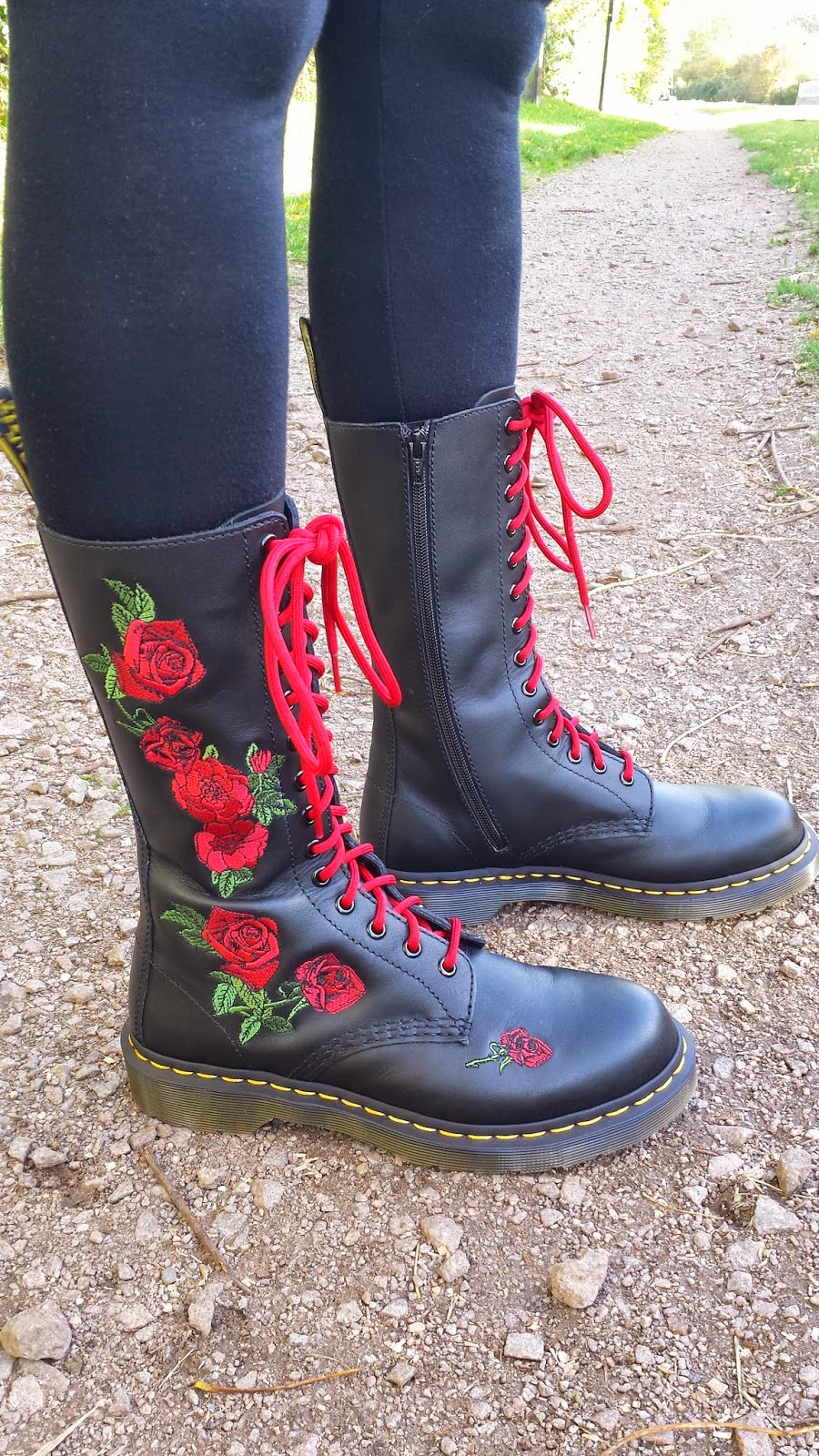 Not only are they perfect for boating as they're sturdy and extremely slip-proof but they're pretty cute too. It seems I'm not the only one who likes them either, as a woman came up to me in Aldi the other day and said how much she loved them and then the same thing happened again in Leighton Buzzard shopping centre. I worried about them being uncomfortable as I'd heard horror stories about having to "break in" Doc Martens and about them causing blisters and bruises but I have to say I'm really impressed. I wore them around the boat for a few days before going out in them but now they're as comfy as slippers!
Posted by Yvonne at 16:12