Hello again, nice to see you. Are you ready for Christmas yet?

We've finally escaped from the marina and set off this morning on our way to Bugsworth Basin where we're spending Christmas.

It's been a beautiful day for cruising and it was great to be moving again. There were lots of walkers about and the biggest Kingfisher I've ever seen flew alongside the boat. 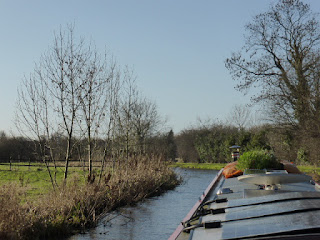 The trees and plants seem to be confused by the warm weather we've been having recently. I saw several trees which were starting to bud and also these primroses which were blooming beside the towpath. 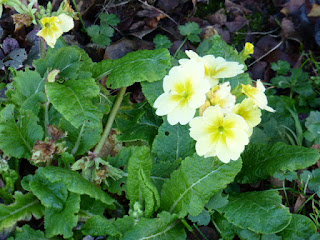 The sun shone as we crossed Marple Aquaduct which has had a lot of work done to it since we were here last. 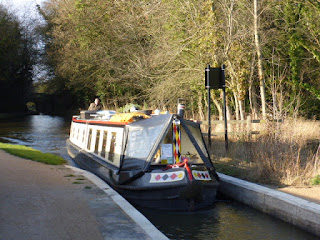 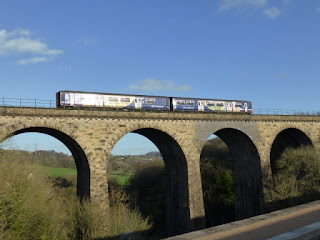 Marple Locks are deep and heavy to operate so I drove and Roger did the hard bit. One of the locks (sorry I can't remember which one) is leaking heavily through the side wall and the boat got soaked. I'm glad we had the cratch cover down as the bow would have been flooded but at least it washed some of the muck off the roof. 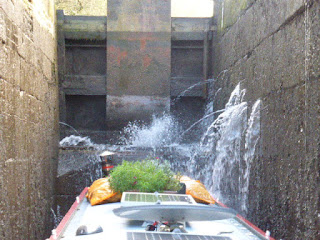 Roger had help with the locks as a fellow boater friend of ours, Phil, came to give us a hand. Once we'd got to the top of the flight and moored up we adjourned to the Ring o'Bells pub and "paid" him with beer. His help was very welcome but it was even nicer to catch up on the local gossip as we haven't seen him for a year or so. Hopefully he'll be able to join us with his wife and boat in Bugsworth next week and we can carry on where we left off. 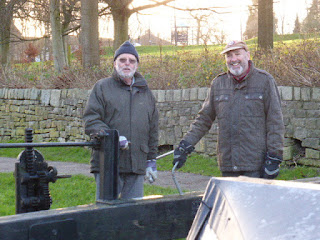