The weather hasn't been as nice today. We've had a few heavy showers and gusty winds but it didn't keep us indoors for long. We went to B&Q via the very handy sub-way underneath the motorway and then had a walk into the town of Ellesmere Port but, to be honest, there's not a lot there. Because it's Sunday, almost all of the shops were closed and the town itself looked quite run down. There was, however, quite a nice arty sculpture at one of the cross-roads. 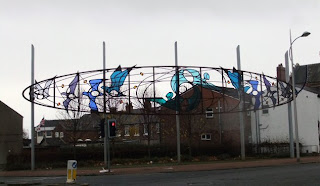 The upper canal basin where we're moored is separated from the Manchester Ship Canal by a car park and beyond that is the River Mersey Estuary. One of the many ships using the Ship Canal obligingly went past just as I was taking these photos. 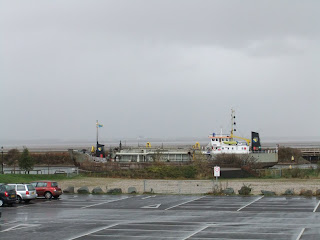 The tide went out later and all you could see was sand beyond the Ship Canal. You can just make out Liverpool Airport across the estuary. 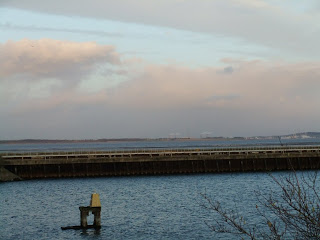 Looking up-stream you can see the huge Stanlow Oil Refinery. 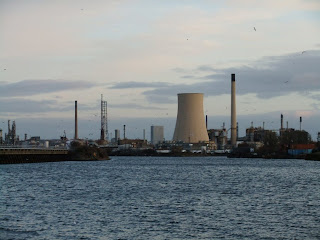