Doggin on the Twenty-one!

I thought that headline would get your attention.

It's been another lovely day and we had an uneventful trip up the Wolverhampton 21. That is until we got to Lock Sex (6). More about that in a minute though. 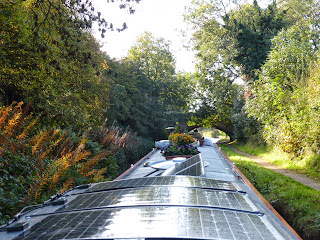 We started off up the flight at 1.00 and the first few were full so needed emptying, but then we met a couple of boats coming down so that made Roger's job easier. I'm back to steering again as the one lock I worked the other day took it's toll and proved I'm not as fit as I thought I was. 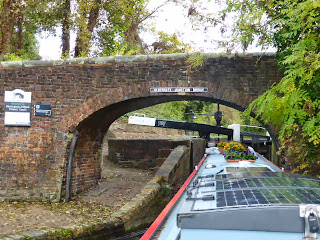 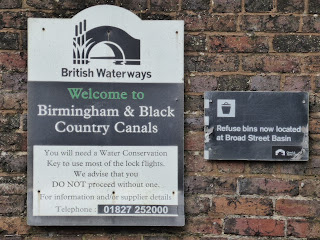 Autumn is well and truly here and the trees and bushes have started showing their spectacular colours. 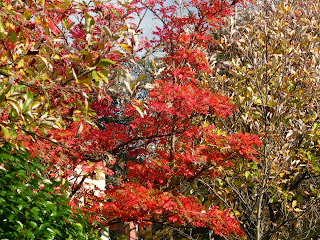 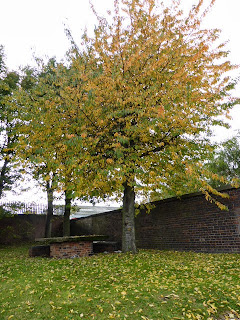 So, as mentioned earlier, we had a pretty uneventful trip until I was half way up lock 6 and a youngish couple came and sat on the lock beam behind me. I didn't pay them much attention at first but Roger signalled for me to look back at them and I got a bit of a shock. He was sat on the lock beam and she was sat on his lap with her legs wrapped around his waist getting rather amorous. They seemed oblivious to us and were getting more and more raunchy. Once we'd left the lock I glanced back, as you do, and she had her jeans round her ankles and they were going at it with some gusto!  At 3.00 in the afternoon and with people walking along the towpath too!  Brazen pair........... I felt like shouting "get a room".

We got to the top of the flight without any further incidents and were greeted by "sounds of the city".....Wolverhampton Station tannoy announcements and a couple of ambulance and police sirens. After nipping into Broad Street Basin to dump the rubbish and fill the water tank we're now moored for the night on the main line ready to carry on again tomorrow.
Posted by Yvonne at 19:40

Email ThisBlogThis!Share to TwitterShare to FacebookShare to Pinterest
Labels: Wolverhampton