The red light is still on at Barrow Deep Lock which means we can't move yet. The man who lives in the lock cottage has very kindly told us to help ourselves to water from his garden tap, so when the level dropped a bit on Wednesday I reversed back into the lock and filled up. The other boaters here didn't need water but one of them helped me by opening and closing the lock again afterwards (I'm still not allowed to do any heavy work). It's currently being left with the top paddles fully open and the bottom paddles half open to help stop the canal level topping the gardens and flooding the houses. 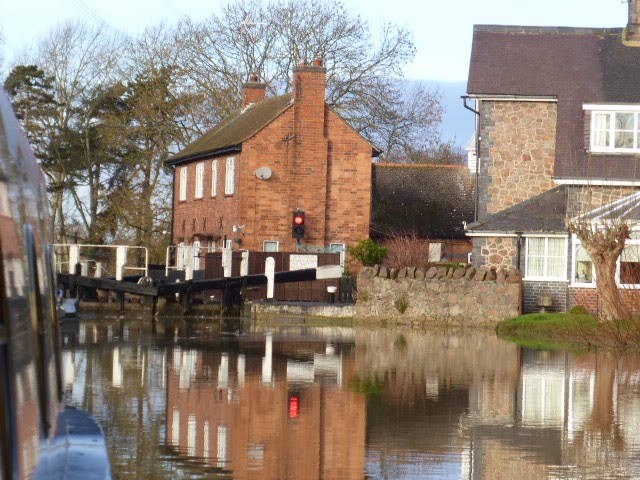 Some of the boats moored below the lock have been totally cut off for a couple of days. At it's height the level was almost up to the wall! The bollards are the lock mooring and that was the first time they've been visible since we arrived on New Year's Eve. 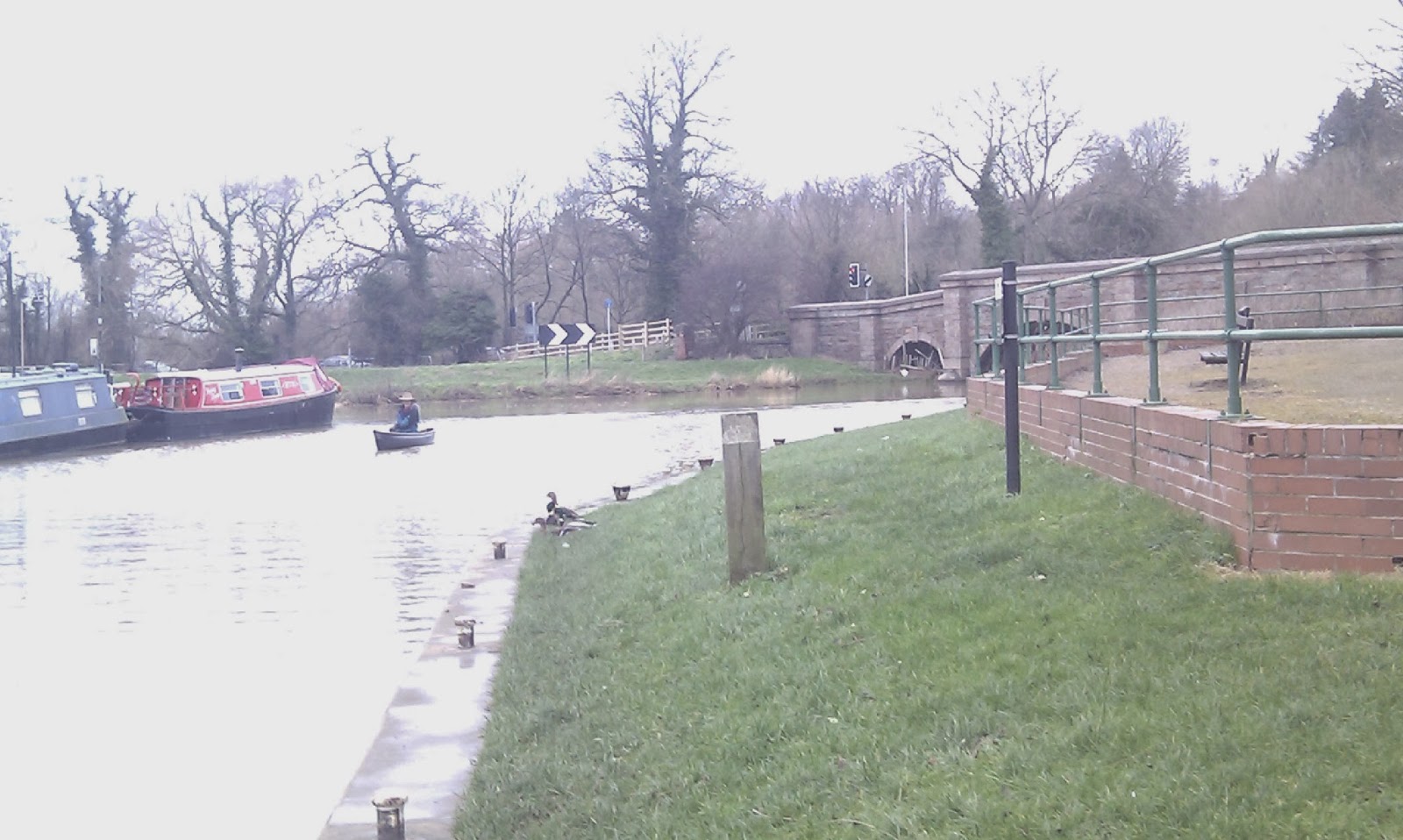 I suppose we're lucky that we're on the canal section above the lock and although the water level has almost reached the towpath it never actually overflows here. That's mainly due to the weir and culverts about half a mile up the canal at Barrow Boating. 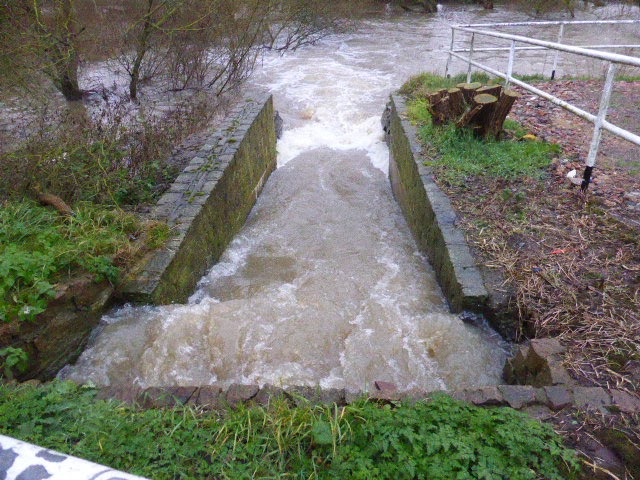 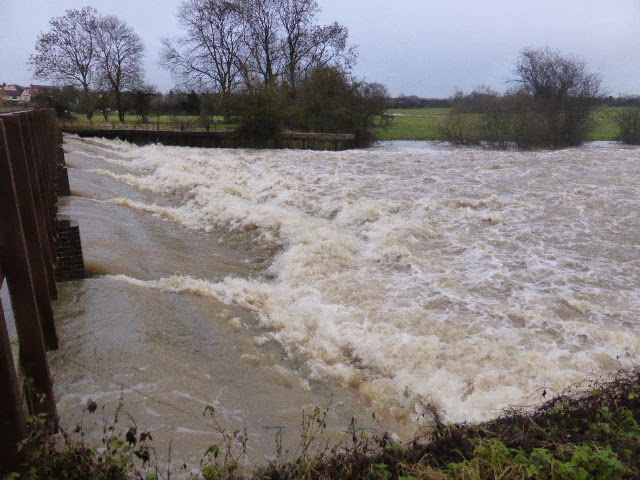 I walk to Barrow Boating to dispose of the rubbish and at the moment you can't get through the bridge as the towpath is submerged. There are steps up onto the bridge but it's a bit awkward getting the trolley up them. 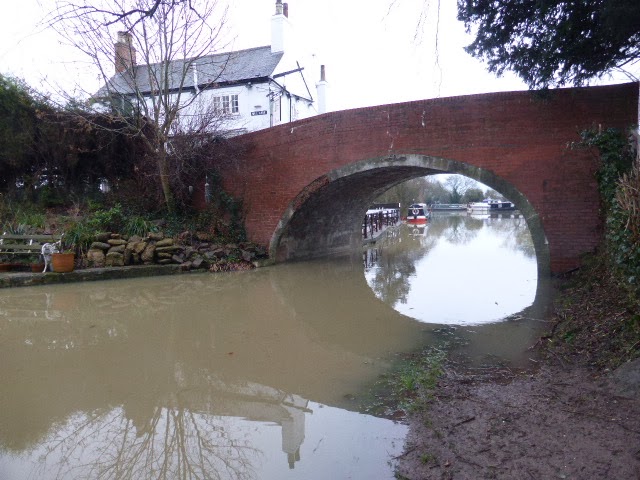 On the way to Barrow Boating is a paddock with 6 Alpacas. They're very curious of passers-by and stand and watch, but they're also very timid and don't come anywhere near the fence. I wonder if they eat carrots? I might get some when I go into the village later and see if I can tempt them to come closer. 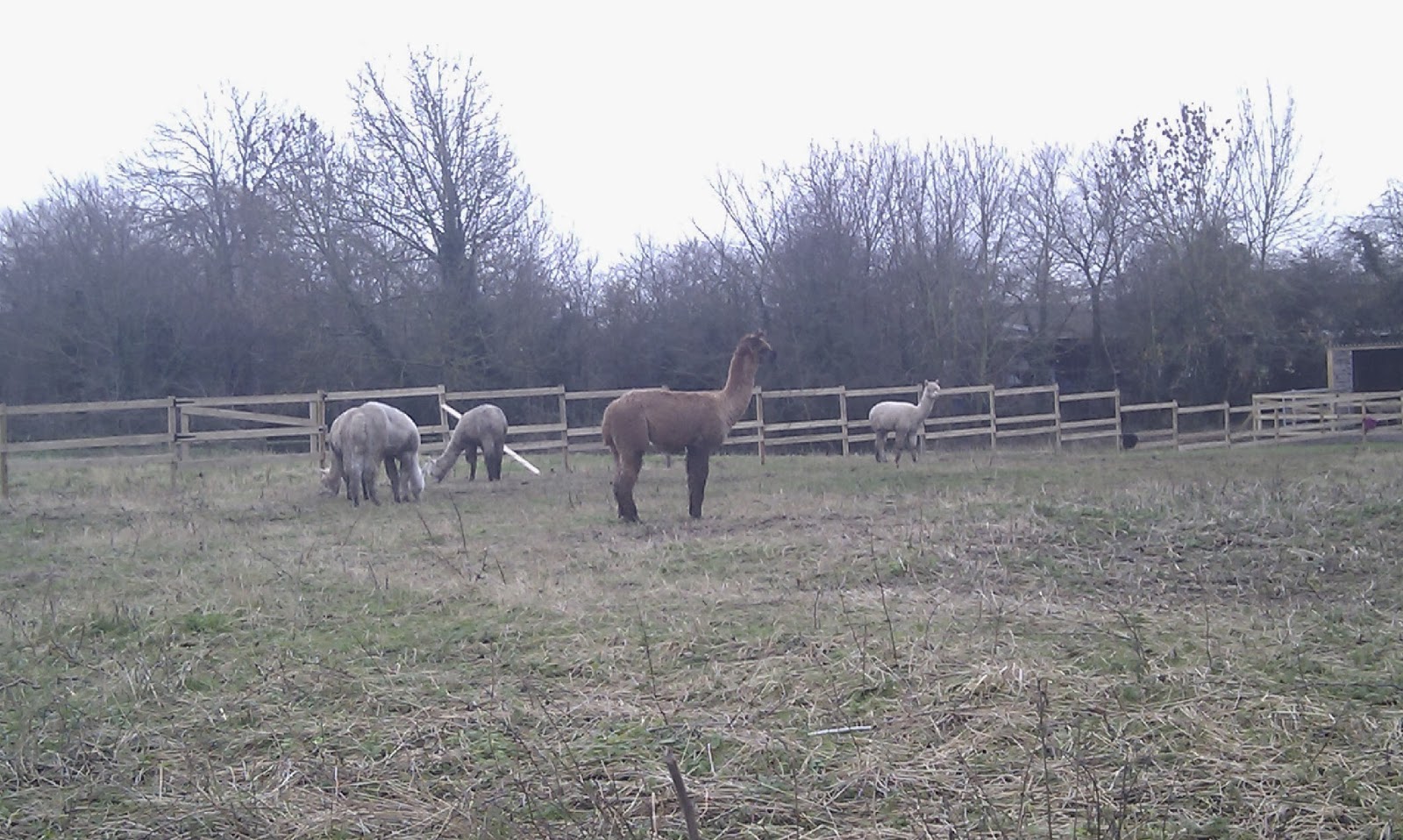