After dinner last night we joined the other cruise members in the Great Western pub in Sun Street.  It's a fantastic real ale pub serving Holdens ales.  The Black Country Mild was superb and at 10.00 the landlord came round with a plate full of black pudding, pork pie, pickles, beetroot, bread and cheese for every table, all for free. Wonderful!

This was the view of our moorings taken from the bridge on the way home. 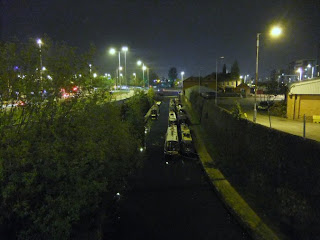 We certainly weren't the first to leave this morning, but we weren't the last either, despite it taking 3/4 hour to top up the water tank in the BW yard, and by 9.30 we were under way.  We turned left at Horseley Fields Junction onto the Wyrley & Essington Canal, also known as the "Curly Wyrley" because it's quite twisty in places.  This canal is very under used and people actually stopped and stared at us as we passed and we were told a few times by locals that they hardly ever see any boats. That's a real shame as it's a beautiful canal, with a good mix of housing, including this duck house, and open common grazing land. 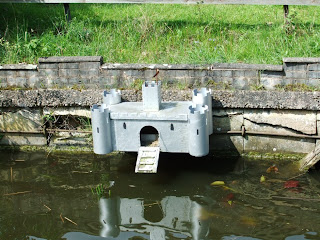 There's a distinct lack of wildlife however and we've seen very few water birds today.  One creature we did see though was this wily fox, cutting across someone's back garden. 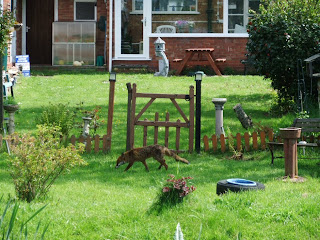 The peace and quiet was shattered by the roar of the M6 which we heard long before we saw it. 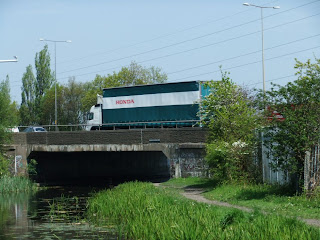 This is the service block at Sneyd, complete with resident doves. 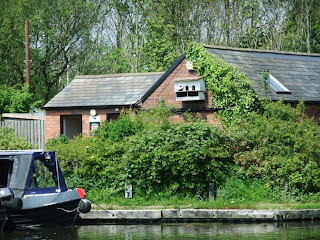 There are plenty of open views across the countryside 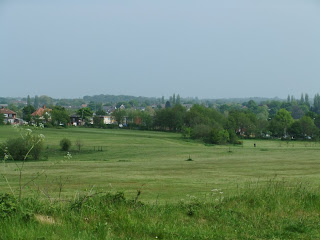 and we came across more of these tethered ponies on the open common grazing land. 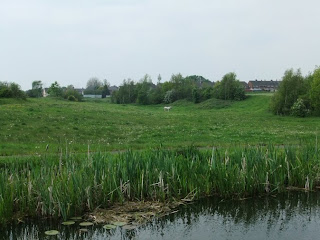 Despite it not being used very much, it's a clean canal without too much weed, but we did see our first shopping trolley of the trip.  Let's hope we don't see anymore. 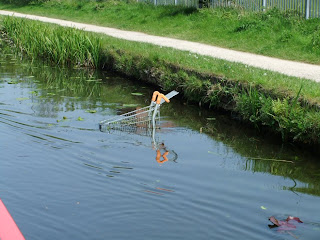 It's been a long day as it took us almost 6 hours to get to tonight's moorings beside the Fingerpost pub at Pelsall Common. 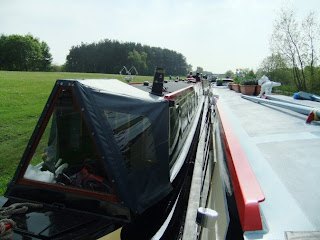 As soon as the boats started mooring up this pair of swans arrived with their 7 cygnets. 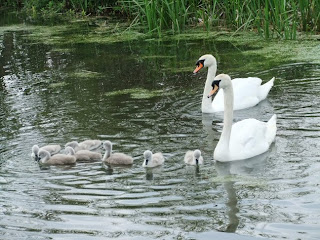 I absolutely love your blog but better still I really LOVE how your piccy at the top reflects where you are, please keep it up xx hopeful recruit to cc'ing soon