We had an even later start than usual today. Although the double glazing had kept the big windows clear, the portholes were iced over when I pulled the plugs out. One of the bedroom ones was even frozen on the inside! 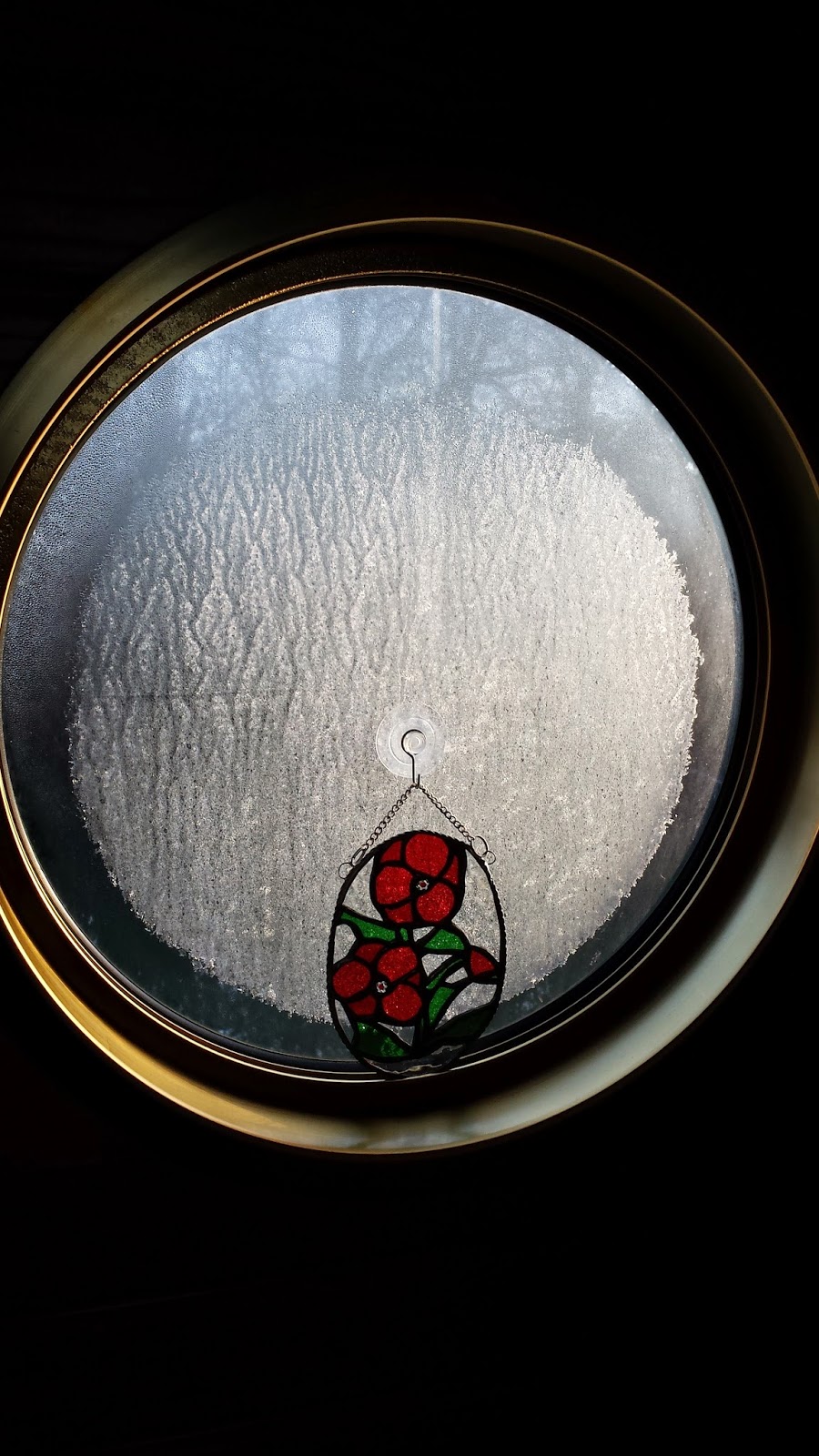 By 9.30 it was still -4'C out and the satellite dish mechanism was frozen solid so we had to wait until the sun melted the ice to put the dish down. The ice was so thick on the solar panels there was absolutely no chance of getting any charge, even though it was very sunny. Once they'd cleared we were getting just over 4 amps which is enough to run the fridge/freezer 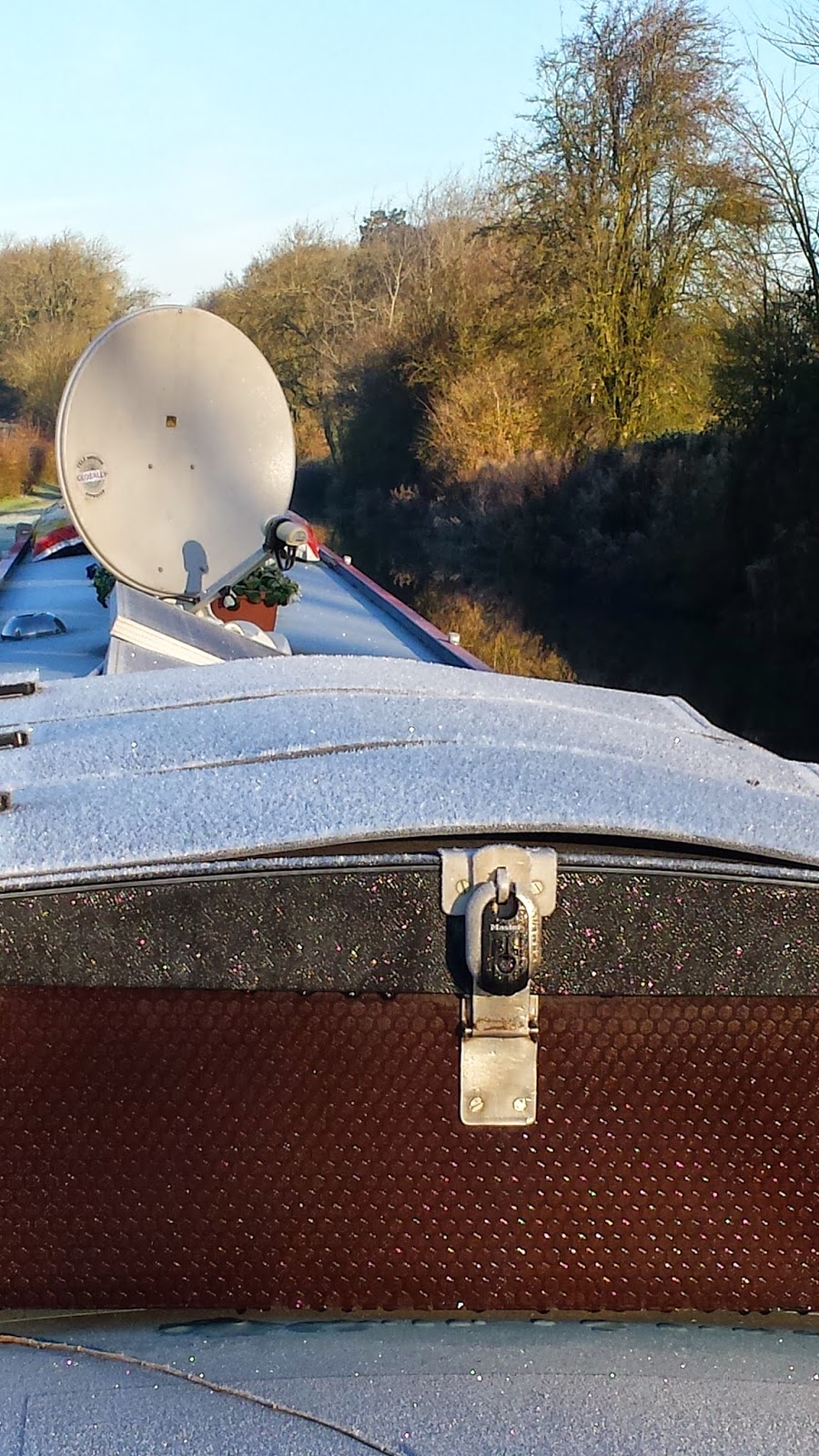 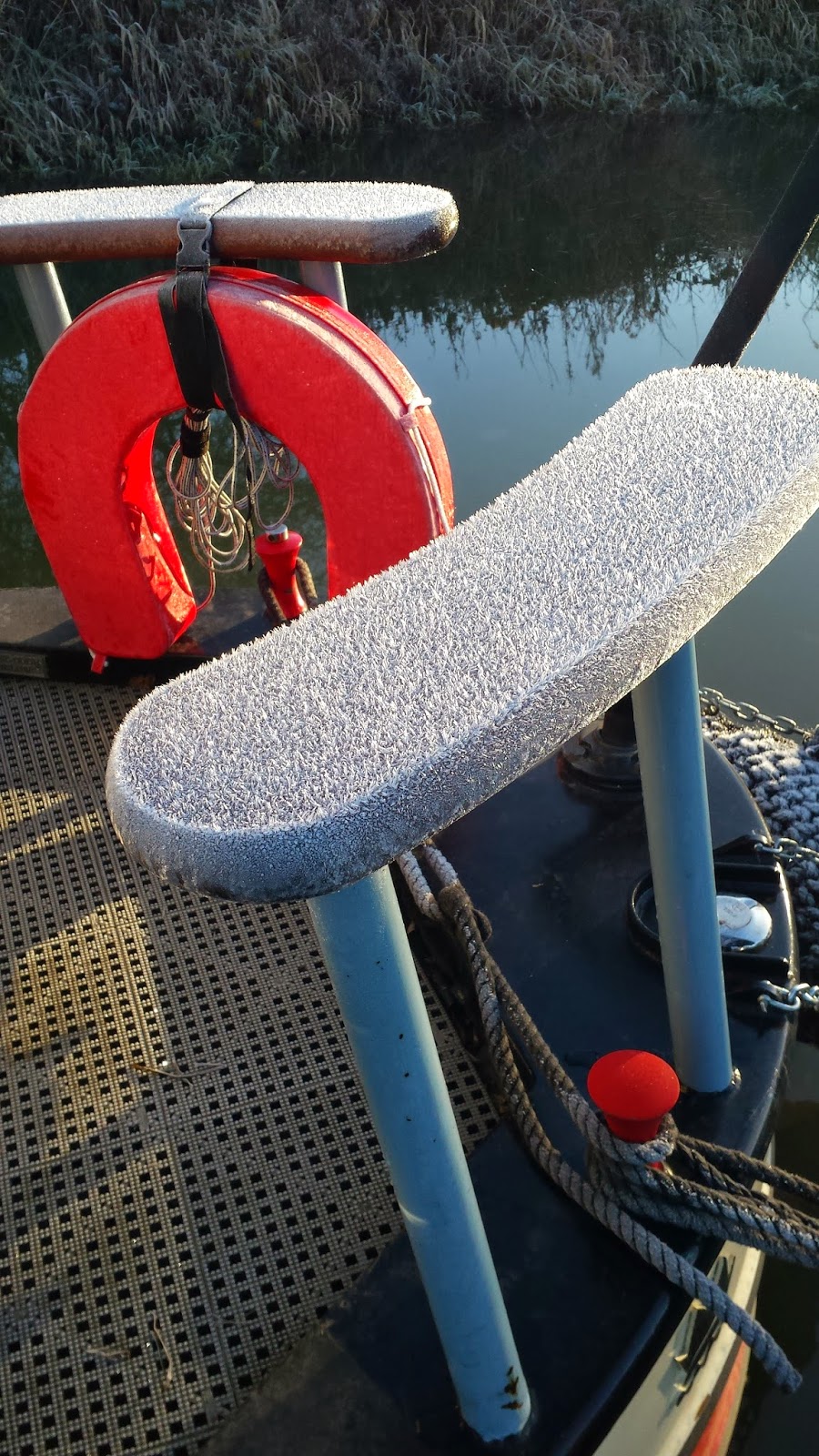 When we finally set off late morning it was still bitterly cold but wearing full thermals and padded ski pants and jacket I was lovely and toasty warm and really enjoyed driving the boat while Roger stayed indoors playing his electric guitar at full blast.

I do have a little "secret weapon" against the cold though. I suffer with Raynaud's syndrome which basically means that my fingers go dead at the slightest touch of anything cold, even to the extent that I need to wear gloves to get the milk out of the fridge 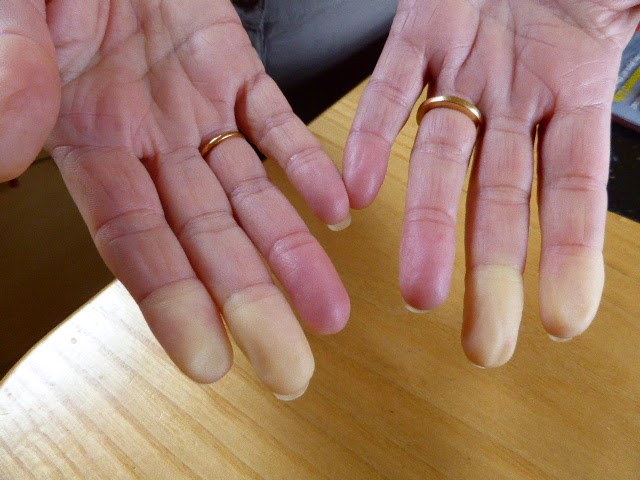 and years ago I discovered "Little Hotties" 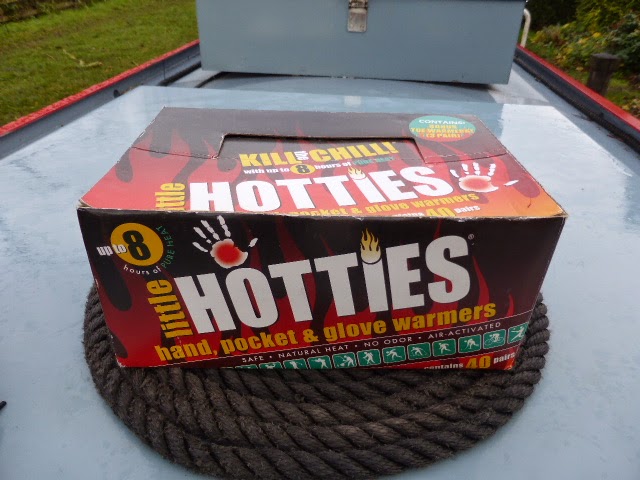 To get them to work you remove them from the packet and shake well. I have no idea what they're made of but they contain a grey powder which reacts with the air and produces an exothermic reaction which keeps them nice and warm for up to 8 hours. 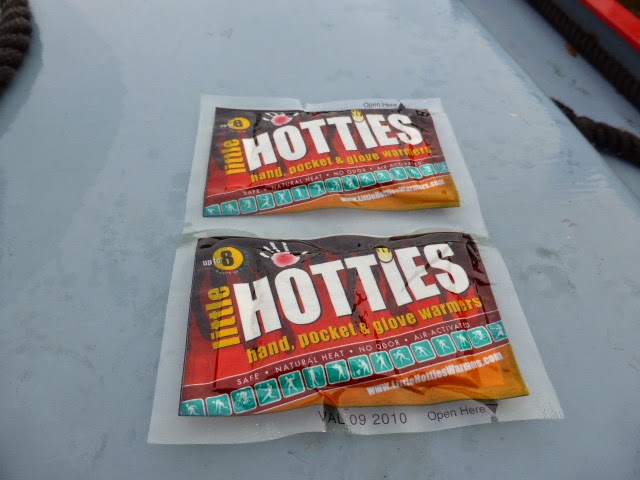 They're the perfect size to tuck in my gloves to keep my hands lovely and warm while I'm steering the boat. On really cold days I've even been known to tuck one under my hat to keep my head warm too. Now all I need is some way of keeping my nose warm too and I've cracked it...... 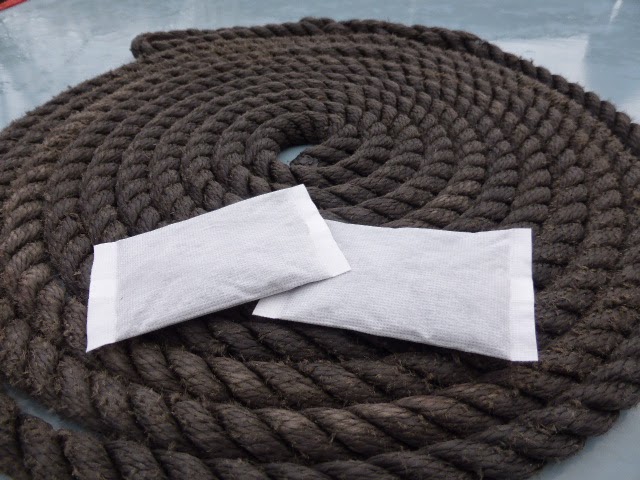 You can buy them in chandlers at around £1 a pair but I buy them in bulk so they work out a lot cheaper. They're also available on eBay HERE

It was lovely cruising in the bright sunshine but just as I was going through the swing bridge at Rose Narrowboats a stupid woman pulled right out in front of me. She could see me coming but was determined to get away from the water point in front of me. It was a good job I was only on tick-over and that our boat stops on a sixpence otherwise I'd have rammed her. She then proceeded to scrawp and bash into every one of the moored hire boats. At first I thought it must be malicious as she had plenty of room to pull away from the moored boats but watching her travel down the canal in front of me I decided she just couldn't steer her boat. Once past the moored boats she put the throttle down and rushed off zig-zagging across the canal as she went. One minute she was in the bushes on the off-side, the next she was in the reeds on the towpath side. This went on until she pulled out of sight. As we went past a long line of linear moored boats a few miles later a man who was cleaning his boat thanked me for going slowly, saying it was a shame he couldn't have said the same to the woman on the boat in front who was going like a bat out of hell!

This afternoon I put our Christmas decorations up. All I need now is a tiny Christmas tree to go on the table. 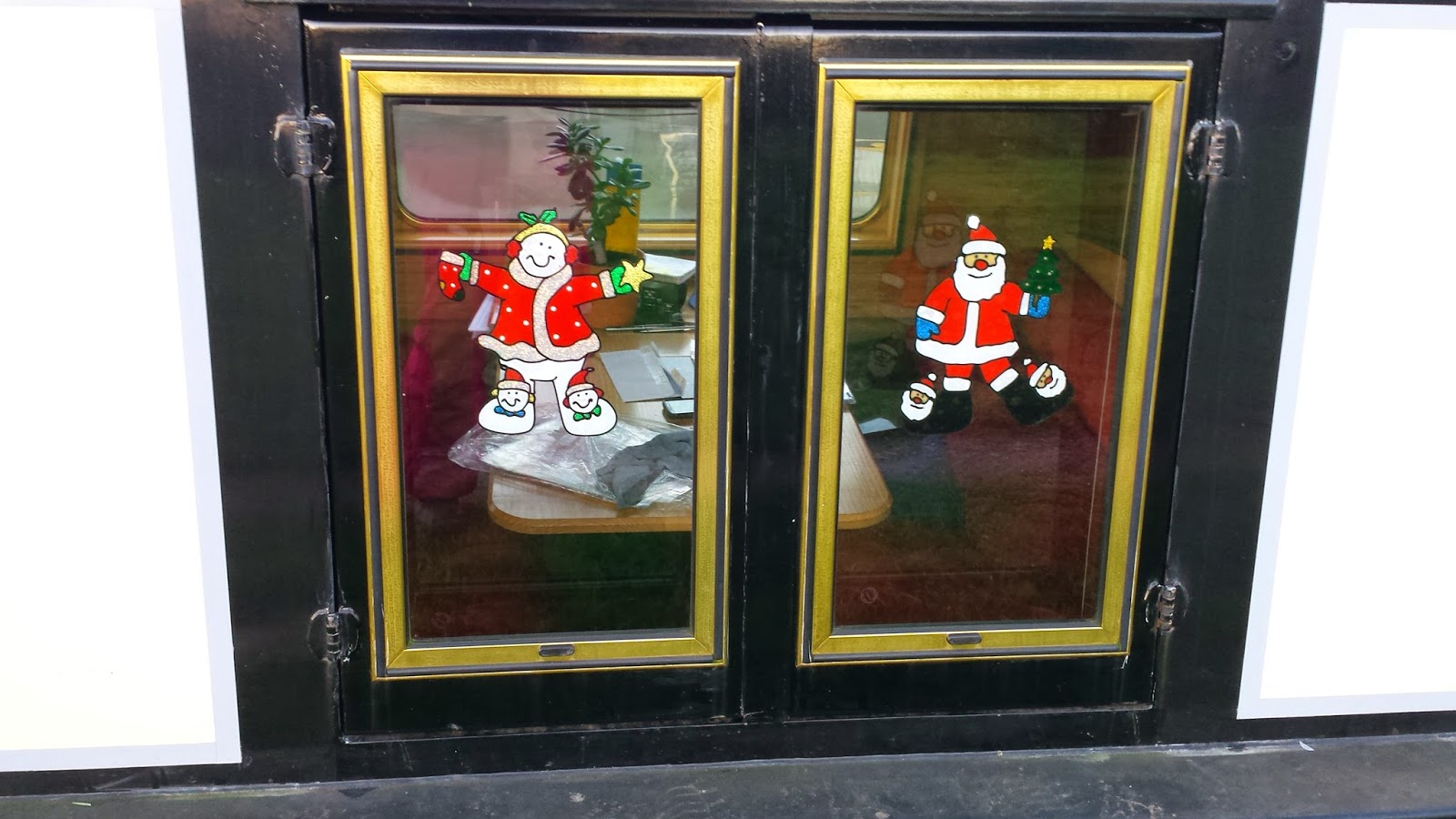 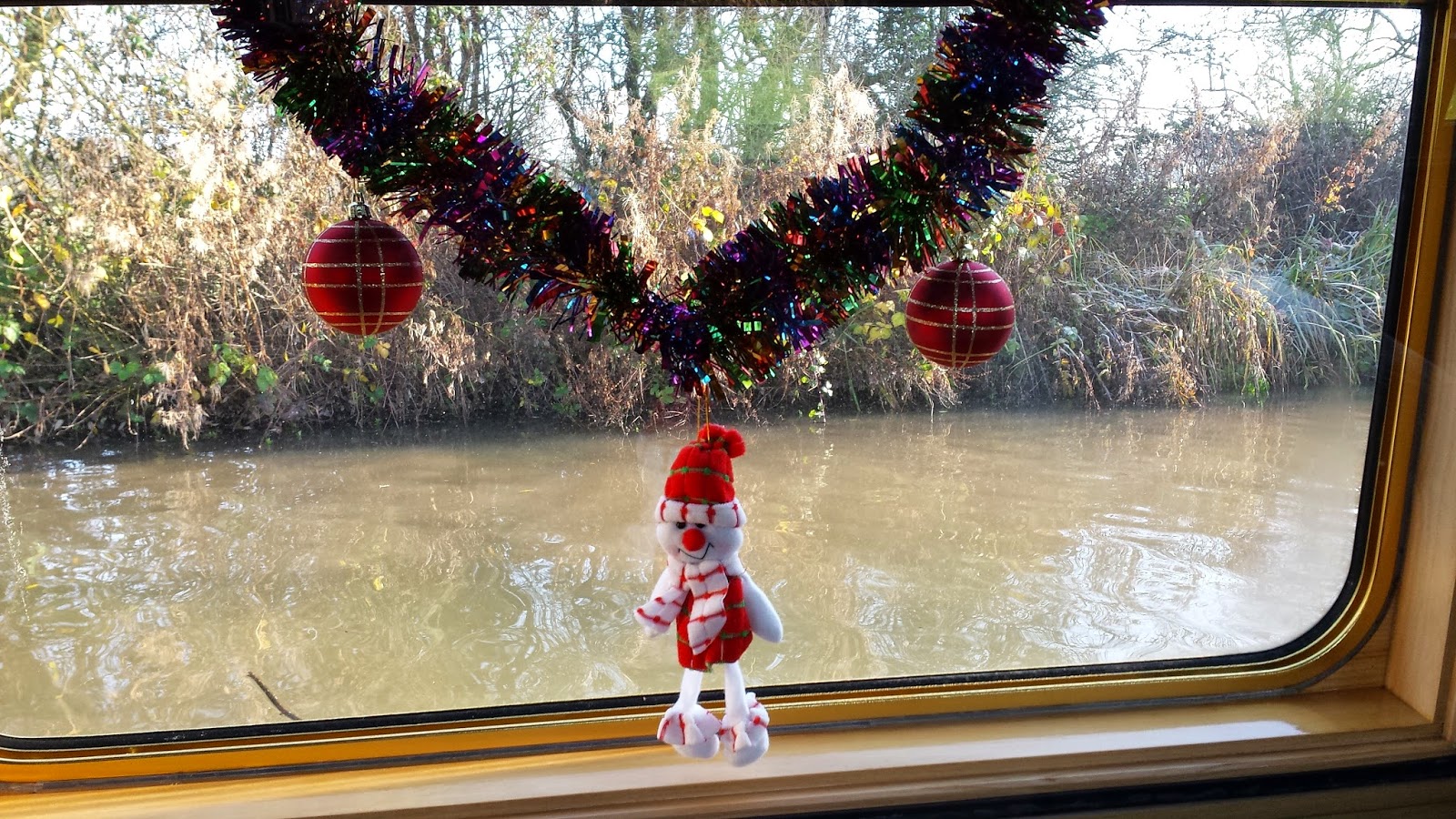 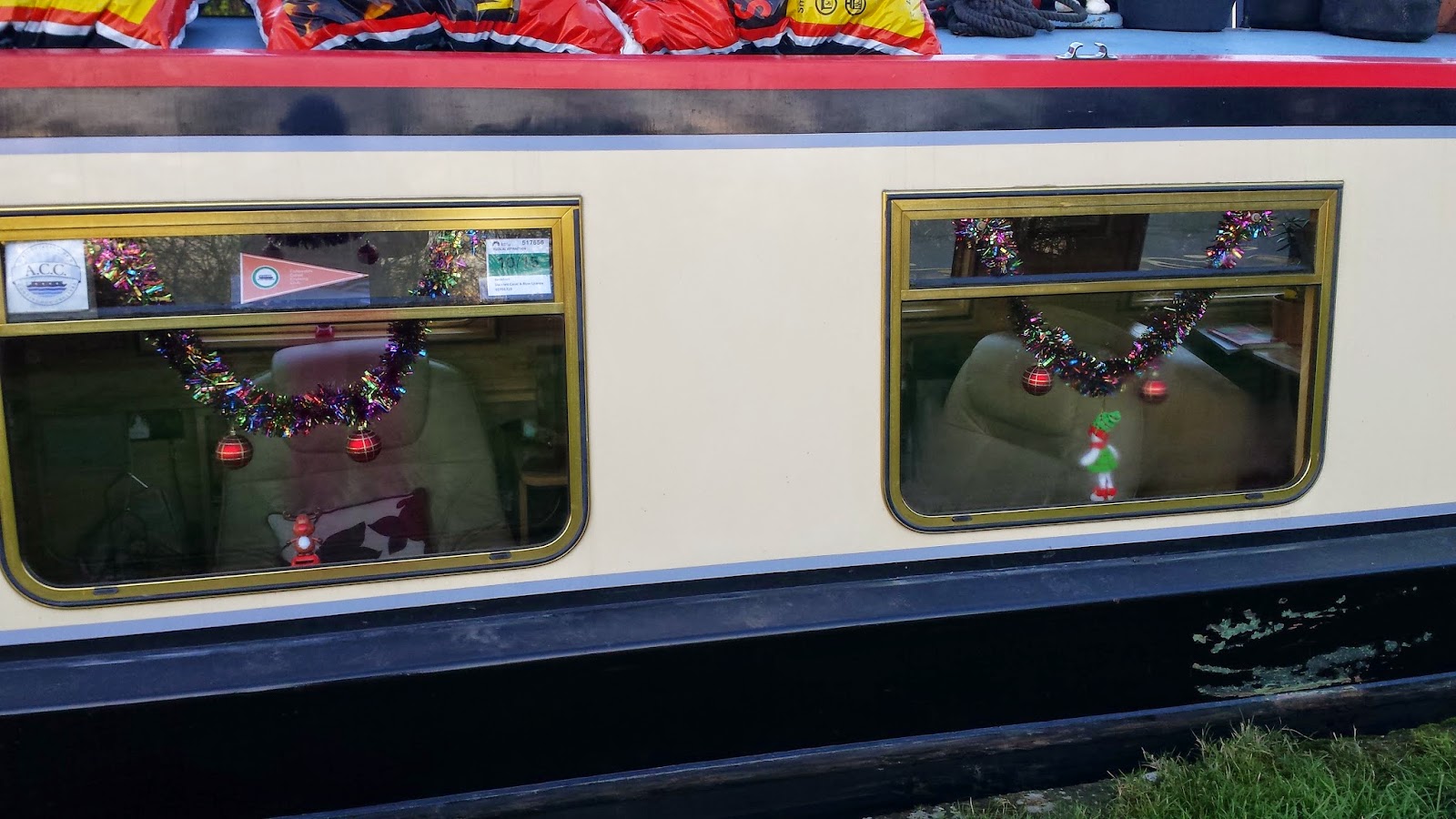 Don't look at the scrawped paintwork on the gunwale. That was caused by dodgy Armco pilings when the pound emptied overnight at Braunston. It's on Roger's list of jobs to do, I just haven't given him the list yet...........

I just started following your blog and wanted to let you know I really enjoy it! Sounds like such an interesting journey you are on. I love small space living, we have a small cabin, and are off the grid. Anyhow, stay warm, I love those hotties too!

Hi Yvonne
Know the boat you mean, she was moored on the water point when we passed. She was right behind us approaching the moorings here at Hawkesbury and tried to overtake us on the big bend, she proceeded to bash most of the boats in front of us up to the lock, everyone was coming out to see what was going on. Unbelievable. Loving your Christmassy look.